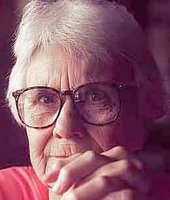 If I could only have one book on a desert island, it probably would be Harper Lee's "To Kill a Mockingbird."


The marvelous novel, which focuses on race, class, justice and growing up in a small Alabama town during the Depression, won a Pulitzer Prize in 1960 and was made into an equally terrific 1962 movie starring Gregory Peck which was nominated for eight Oscars but did not win best picture only because it was going head to head with "Lawrence of Arabia."

Anyhow, Miss Lee has kept an extremely low profile since 1960. Now 80, she published almost nothing of consequence except a 1983 book review until she wrote a letter to "O," the Oprah Winfrey magazine, for its summer reading issue about how she became a reader as a child that Alabama town.

Ms. Lee recalls becoming a reader before she entered first grade. Older sisters and a brother read to her; her mother read her a story a day; her father read her newspaper articles and "Uncle Wiggily" at bedtime. She notes notes that books were scarce in the 1930's in the town.

Now, 75 years later in an abundant society where people have laptops, cellphones, iPods and minds like empty rooms, I still plod along with books.

Posted by Shaun Mullen at 3:23 AM
Email ThisBlogThis!Share to TwitterShare to FacebookShare to Pinterest