Best of the Latest Documentary Films 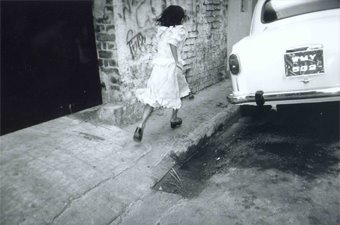 A scene from "Born Into Brothels"
With rare exceptions like Michael Moore's "Fahrenheit 911" and Wem Winder's "Buena Vista Social Club," documentaries take a back seat to the Hollywood mega productions.

That doesn't mean there isn't a steady stream of excellent documentaries, only that it's kinda tough to find them at your local video store and even online through rental websites like Netflicks, which offers only five of the 10 documentaries listed below.

In any event, here's a list of some fine new and newish documentaries:

Bill Viola: The Eye of the Heart
Video artist Bill Viola talks passionately about his life and the events and artistic influences that have driven his work: from his childhood memory of near-drowning, to the artistic exploration and political activism of his youth, and on to the death of his mother.

This tribute to the transformative power of art shows a western photographer befriending a group of children growing up in a brothel in Sonagachi, India.
Guerilla: The Taking of Patty Hearst

An account of the most sensational kidnapping in American history, this film offers a glimpse at the country's first direct encounter with the frenzy of media-driven political terrorism.

Five outgoing reporters with mental and physical disabilities hit the road, traveling coast to coast, interviewing everyone they meet. Follow them as they explore honky-tonk bars, alligator farms, the Grand Canyon and wild city streets.
Mardi Gras: Made In China

Filmed on location in Fuzhou, China and New Orleans, Louisiana, this film follows "The Bead Trail" backwards from the bacchanalia at Mardi Gras to the factories in Fuzhou where the beads are made by young woman working in dangerous, difficult conditions.
Negroes with Guns: Robert Williams and Black Power

Documents the little-told story of the forefather of the Black Power movement. Illustrates key points in the struggle for equal protection as a driving force behind the militant Civil Rights movement.
No Direction Home: Bob Dylan

An unflinchingly candid portrait of a squad of American soldiers deployed in the doomed Iraq city of Falluja during the winter of 2004.
Prom Night in Kansas City

An exploration of the uniquely American coming-of-age ritual knows as the high school prom. Four distinct proms in one city are juxtaposed to show surprising differences and similarities across race, sexuality, class, and religious boundaries.
Shipbreakers

Documents the scrapping of cargo ships in India, revealing the human and ecological impact of Third World labor.

Posted by Shaun Mullen at 2:19 AM
Email ThisBlogThis!Share to TwitterShare to FacebookShare to Pinterest