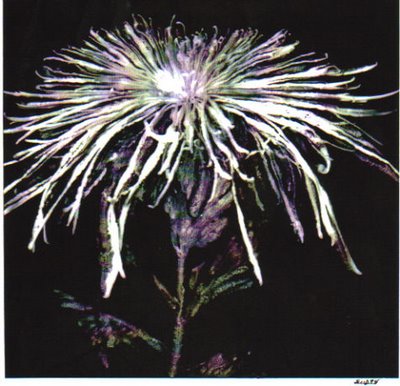 Over 300,000 years ago probably the first fatal rock was thrown from one homo erectus or homo sapiens at another. You would think that violent act would have stopped such behavior (excuse the pun) dead on impact.

Eons later miscalculations of the crossbow’s aim should have been enough to give the opponent a heart attack in anticipation of such a weapon imploding upon him. Alas, human violence continued.

It’s beyond my comprehension that war is part of the human condition. How is it possible that violence is imprinted on the DNA and therefore a persistent construct on the historic landscape?

Doesn’t the very word war conjure up negatives? Do atrocities and devastation really outweigh beneficial outcomes? And does one group really have the “right” to judge another?

Of course, history recites the trials and tribulations of various ways to resolve human conflict. Often in the aftermath it is not clear who becomes the princess and who becomes the pea. Who sits high on the white horse or rides the black steed?

Naturally, many view war as costliest to humans. What about wildlife, domesticated animals, the land, art, and above-ground archaeology. Aren’t they part of the story too?

There are other sorts of war waged upon us too. Volcanoes, which are considered the deadliest of natural disasters, wreak havoc on nature and human nature, and they’ve been doing it for as long as the earth’s existence—about four and a half billion years. They are by their make-up a wondrous and catastrophic phenomenon.

in the state of bares witness to the devastation that can occur. Over twenty-five years ago nature’s war played in the air and on land. St. Helens' eruption was responsible for the loss of 150,000 acres of forestland, 7,000 large animals, 20 million fish, millions of birds and small animals, and 57 people. Six hundred tons of ash either undulated through the air waves or fell to the ground. Clouds brought the ash to the East Coast in three days. The destruction was so severe that its effects continue to register their mark in the battle against global warming. Regardless, unless they are extinct, volcanoes are dangerous. We have to wonder than why people live near and with them.

Throughout the where there are a number of active cones, the culture and spirituality of the people are driven by legends and myths about volcanoes. The goddess of all volcanoes is Pele who the islanders believe resides inside the active volcano, . She is revered and offered sacrificial gifts on behalf of her mystical powers.

Even in their dormancy volcanoes are a significant presence. Living in the midst of such drama and potential tragedy creates the juxtaposition of light to dark (yin/yang effect): Hawaiians believe these natural wonders have restorative powers too.

As an archetype volcanoes remind us of nature’s cunning hold upon our own personal universe and the planet we inhabit. Even with their dark forces volcanoes can give as much as they take away.

Volcanoes act like a pressure cooker cooling the earth when the heat is too great to stay in the interior. Pop, out comes the lava and gases. Relief is better than the implosive consequences.

But there are other reasons that they are good in the wake of their ruinous character. They provide geothermal energy, recreational opportunities, various gems and minerals, and opportunities for scientific research. Pumice, which is a natural glass from lava, is used for grinding and polishing various materials. In its rock form lava can be used to build roads. Aged volcanic ash is a natural fertilizer to enrich the soil. Additionally, when an eruption occurs, the lava releases some healthy gases, including carbon dioxide and hydrogen. When oxygen mixes with hydrogen, water vapor is formed and the water cycle begins. Again it’s the yin/yang effect of natural disasters.

Volcano junkies spend inordinate amounts of time enduring the odds as they photograph, record, question, and watch. In their observation they encounter mesmerizing beauty in one of nature’s most intriguing feats of violent power.

Not surprisingly, we have been feeling the effects of another kind of volcanic ash: the fallout of human war. The massive cloud of polluted air swings back and forth across continents and devastates our national character. It is as unhealthy as any true eruption.

We never hear about the effects on habitats and the environment from this self-imposed destruction. Natural disasters and man-made war share the commonality of an assault on nature and human nature; in their existence both have a light and dark side.

Nature’s wars, which are exemplified by volcanoes, tornadoes, earthquakes, and hurricanes, seem more devastating. But are they?

Man-made disasters often miscalculate literal and metaphorical targets and cause ramifications that are exponentially light years of horror on the ground, in the air, and, more importantly, in the heart. In her infinite wisdom Mother Nature attempts to balance the internal and external forces of her ecosystem, but the outcome of those actions can be a catastrophe too. For me assurance comes from the pervasive reality that Nature always bats last.

Sally W. Donatello's previous guest blogs include Nature As the Quintessential Master and Bring Back the Whiners. You can read them here and here.

Posted by Shaun Mullen at 2:17 AM
Email ThisBlogThis!Share to TwitterShare to FacebookShare to Pinterest