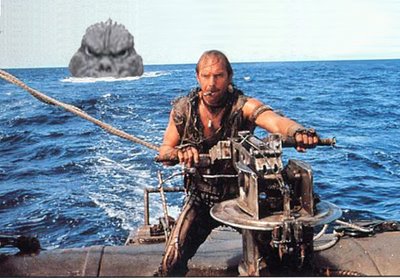 Kevin Costner drowns in the vastness of "Waterworld" (1995)
Visitors to Kiko's House had a blast sharing their Worst Songs of All Time a while back, so in an effort to again leaven our loaf with something having nothing to do with King George or Armageddon America, let's hear your picks for the Worst Movies of All Time.

The popcorn is on us.
Posted by Shaun Mullen at 3:55 AM
Email ThisBlogThis!Share to TwitterShare to FacebookShare to Pinterest