New Life For the Protest Song 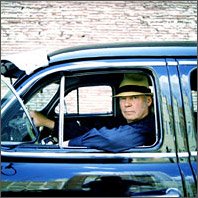 Neil Young's "Living With War," which includes "Impeach the President" and several antiwar songs, is selling briskly and is No. 3 on Amazon's bestseller list.

The No. 2 song is Bruce Springsteen's "We Shall Overcome: The Seeger Sessions," a tribute to Pete Seeger, the American folk and protest song icon. No. 1 is the Dixie Chicks' "Taking the Long Way," which includes several songs with political themes. The Chicks were among the first musicians to speak out against the Bush administration despite warnings that they were wrecking their career. Say what?

You can listen to Young's "Living With War" online here. There's also a blog for the album here.

I adore Neil Young. His head and heart are certainly in the right place, but this isn't one of its better efforts musically. But what the heck.

Incidentally, I explored the return of the protest song at some length in It's Blowin in the Wind Again, an April 19 post, and noted then that there was some great new protest whine in old bottles making the rounds, too. The following post is a terrific example.
Posted by Shaun Mullen at 3:47 AM
Email ThisBlogThis!Share to TwitterShare to FacebookShare to Pinterest