The Kiko's House Disk Picks For May 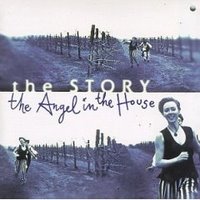 Good music gets a whole lot gooder when it can be shared.

In that spirit, here are the five marvelous disks currently in the CD changer at Kiko’s House. All but one are still in print in the U.S. and some are available on the cheap from the usual online retail suspects like Amazon.

(Meanwhile, drop us a line and let us know what you're listening to, especially new stuff that might have escaped our middle-aged ears.)

The Angel in the House (The Story)


The Story -- Jonatha Brooke and Jennifer Kimball -- were in and out like Haley's Comet, burning brightly for only a couple of years in the early 1990s before going their separate ways after touring behind "The Angel in the House." The album was voted the best of 1993 by listeners of WXPN-FM, then and now the pre-eminent Triple A radio station in the land. (Go to here to have a listen.)

Anyhow, Brooke and Kimball had a folk sensibility and jazz tastes, which make the songs on "The Angel in the House" special, notably "So Much Mine" and a chilling a capella song called "In the Gloaming."


0898 (Beautiful South)
The U.K.'s Beautiful South burst onto the alternative music scene about the time The Story did and like them have a quirky sensibility, in this case drop-dead funny lyrics over deceivingly simple melodies.

The pick of this litter are "Old Red Eyes Is Back" and "Domino Man," paens to the barflies we all know and love, and "We Are Each Other," a bitingly (pun intended) funny send-up of lovely-dovey couples who feed each other at restaurants. You know who you are. (Warning: This album is out of print in the U.S.)

Having gotten that off my chest, here's the deal with "Filles": You can hear hints of "Bitches Brew," notably Herbie Hancock's Fender Rhodes on "Tout de Suite." The album as a whole is ever so slightly funky and Miles' phrasing is . . . well, breathtaking. (Buying Tip: Spend the extra dough and get the newer remastered disk. There is a substantial ssonic difference between it and the original.)

Nick Drake was a little remembered member of the extended British folk-rock family that included Fairport Convention and John Martyn. That is until his music had a resurgence in the early 2000's after Volkswagen used it in TV commercials and it began being covered by artists as diverse as Lucinda Williams and Nine Inch Nails.

"Five Leaves Left," Drake's 1968 debut album, is a study in sensitivity. As in sensitive acoustic guitar work (listen to the finger picking), sensitive vocals and sensitive sounds from chamber strings. "River Man" is my favorite from this particular disk. Alas, life was too much for Drake, who battled clinical depression and finally offed himself in 1974 at the tender age of 26. (Buying Tip: Don't spend the extra dough to get the newer remastered disk. The sonic difference between it and the original is negligible.)

Do you have Sunday Morning Music? You know, the kind that sounds best as you slowwwly wake up? Ravi Shankar ragas are frequently my SMM, but this three-disk Hyperion box set also is a favorite.

Mendelssohn, the great German Romantic composed, wrote these symphonies between 1821 and 1823. They owe a good deal to Mozart to my semi-educated ears, but I care not. They're a gentle but stirring way to acclimate myself to a new week.

Posted by Shaun Mullen at 2:54 AM
Email ThisBlogThis!Share to TwitterShare to FacebookShare to Pinterest