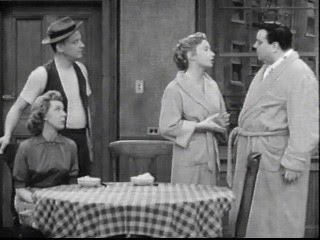 To the moon, forclosure rates, to the moon
If ever a stock market milestone is not only meaningless to many people but masks a dark economic reality, it is the Dow Jones Industrial Average hitting the 13,00 mark on Wednesday.

This is because of the enormous disconnect between the boom on Wall Street and the bust on .

Many people must wonder what the hell the ebullient talking heads on MSNBC and the evening news shows were babbling about. This is because these people are making do with less, sometimes a lot less. Home foreclosures and bankruptcies are soaring, health-care and education costs are going through the roof, and once sacrosanct pension plans are collapsing. The drop in gasoline prices from record highs late last year offered some relief, but have resumed their climb into the stratosphere.

Primarily because were are not in the heat of an election campaign (for which I am most thankful), there is virtually no discussion about the lousy state of what I call the kitchen table economy, which has relentlessly headed South over the last six-plus years of a presidential administration that has determinedly cosseted the rich, ignored the poor and robbed the middle class. You know, compassionate conservatism.

One pair of statistics speaks volumes about the disconnect:

The median hourly wage has risen a little less than 10 percent in the last 25 years while productivity has grown by more than 70 percent. And the less you make -- if you haven't been downsized or laid off -- the bigger the disparity is.

This makes living the American dream – owning a home, sending the kids to college and having decent health-care insurance – substantially more difficult than it was a generation ago, and for the first time since forever, a majority of Americans don’t believe the next generation will be better off than they are.

There are these factors, as well:

* The notion that giving tax breaks to the rich is good because the money that they make will trickle down is grossly overstated.

* Some luxuries like a second car, a PC and laptop and cell phones for the whole family have become necessities.

* Employers are cutting back on benefits, including health insurance and pension fund obligations.

"In 2005, the top 20 percent of American households had 50.4 percent of the nation's income, while the bottom 20 percent had 3.4 percent -- the largest margin between top and bottom since this data series began, in 1967. The Center on Budget and Policy Priorities reports that between 2003 and 2004, the post-tax income of the bottom fifth rose by $200 a year, while that of the top fifth rose by $11,600, and post-tax income for the top 1 percent rose by $145,500. And the wealth gap is far more extreme, with the top 1 percent of households holding one-third of the nation's net worth, while the bottom 40 percent have less than one percent of the nation's net worth."

It is this yawning gap that is helping to fuel robust corporate earnings and the Dow’s run-up to 13,000.
Then there is Wall Street's determined reluctance to come to grips with the slow-motion subprime mortgage disaster, which is a result of the high number of loans that were made to buyers with poor credit.

About $450 billion of the subprime mortgages written last year are being paid down by homeowners, with as many as 15 percent expected to throw in the towel in bankruptcies or foreclosures

Meanwhile, the losses sitting in loan pools are staggering.

A report last week from Lehman Brothers estimated that there are a whopping $18.5 billion in loses in pools assembled over the past three years, most of them in the form of aggressive investments in mortgages by pension funds, hedge funds and insurance companies.

"Sound like a lot of money? It is. The $18.5 billion accounts for about 5.5 percent of all mortages issued and outstanding during the period."

This is where things get real interesting. Morgenson continues:

"These figures are estimates, not actual loses, because accounting rules allow pension funds and insurance companies that hold these securites to mark their stakes at the prices they paid for them, not at the current market levels. The losses are there, but they remain unrecorded."

Italics mine, and Morgenson does note that the losses have to be booked when the investors sell. Can you imagine what would happen if you or I tried to hide our losses?

But then Wall Street marches to its own beat -- and plays by its own rules -- while ordinary Americans soldier on.

As regularly as the sun rises in the East, capitalism, as practiced in America today, spills, wastes or loses more financial resources every year than the total requirement of Medicare and Social Security combined.
From pure greed comes excessive risk taking.
The U.S. financial industry regularly goes on speculative binges that enrich work-a-day bankers and thieves alike until the (as always predicted) pyramid-like lending excesses end in catastrophe.
I recommend the enactment of a Value Added Tax mechanism. Add a one hundredth of one per cent tax on all financial transactions. Presto, the social programs for the average Joe and Jane would be well funded.--Who do you think (always, always, always) has to replace the lost capital in the banking sector or otherwise pay for the shoddy greedy self serving financial excesses in the first place? You guessed it, the same Janes and Joes that get sucker punched with the old, "Gee whiz, there just doesn't seem to be any money left over for you."
---craig johnson---

I can easily imagine what would happen if you or I hid our losses; we'd be wearing orange jumpsuits.

No one wants to discuss the gap that you describe, least of all big business and so-called conservatives. I wonder what will happen to stocks when the everyday people in the kitchen table economy decide they can't buy all the consumer goods that help to fuel Wall Street corporations.

The loan pool losses may also explain why small businesses are having a miserable time getting ordinary liability insurance. The insurance companies are secretly going broke. Every business owner I've talked to recently has said their premiums have jumped about 20% when they finally found someone to insure them.