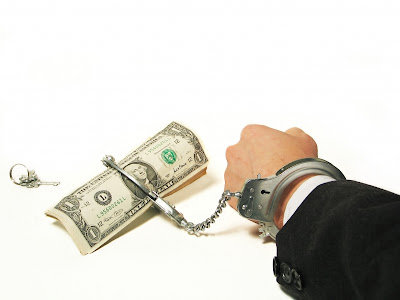 Recent musings in the wake of the Iran captive debacle on how the United Kingdom has lost its mojo and whether it can get it back has set me to thinking about the United States and how abjectly corrupt it has become. There is barely a nook or cranny in the Land of the Free that hasn’t been tainted by inappropriate if not downright illegal conduct, be it influence peddling, graft, siphoning off funds for personal use, misuse of public funds or other shenanigans.

Look no further than the burgeoning scandal in the student aid industry to see the extent of the rot.

Loan officers at Johns Hopkins, , and the . among other institutions, have been implicated for having inappropriate ties to companies they designated as preferred lenders.

Translation: The companies paid the officers consulting fees and other enticements to divert students needing financial aid to them.

In the case of Johns Hopkins, lender Student Loan Xpress paid aid officer Ellen Frishberg about $42,000 for consulting and more than $21,000 in tuition reimbursement from 2002 through 2005. During that period, the company was listed as a the university’s preferred lender, and more than 40 percent of Johns Hopkins's students took out loans through the company.

Wait, it gets worse.

Frishberg, the other aid officers as well as the federal official have all been suspended.

Who in the world does one report this to?