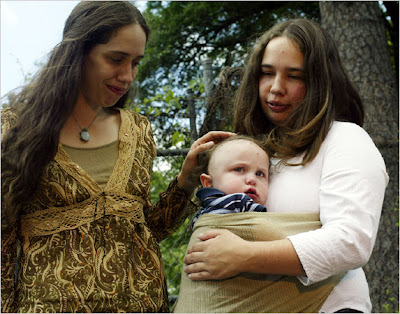 Jessica Mayo-Swimeley (right) got heck for breastfeeding in public.

The administration intensified its efforts last year as President Bush's popularity and Republican support eroded heading into a midterm battle for control of Congress, which the Democrats won.

Eleven major suicide bombings inside over the past five days threaten to erode remaining political support for the Baghdad Security Plan. Now is the time for flexibility.

Well I guess those markets aren't as safe as Senator John McCain thought. And, they look remarkably unlike small town Indiana this morning, contrary to what Congressman Mike Pence alleged a couple of weeks ago.

The thing about reality and politics is that sooner or later, reality outstrips rhetoric, and then the politics is revealed for the lie it is. The silly allegation that the guerrillas are only artificially making it look like the surge is falling is another piece of fluffy illogic. Define "success" for the surge, and then measure reality against it. You could say that it is still early to make a judgment. You can't say that there is no evidence after 6 weeks for whether progress is being made. In that regard, the answer is clearly a resounding "No."

The National Rifle Association, one of 's most powerful lobby groups, today - pardon the pun - set its sights on the mayor, Michael Bloomberg, portraying him as a sinister octopus.

Nathaniel Blake and Derb [John Derbyshire] have diagnosed the Rooseveltian weaknesses of the American Boy, who has been softened by our culture into a cowardly mound of goo. Some people are outraged that Blake and Derb would, from a great distance, chide the living and the dead in Norris Hall for neglecting their obligations to generate good screenplay material. I don't think, however, that any of this quite captures the thrust of their arguments.

Now, I understand that while many prepubescent boys fantasize about being rescued by a helicopter, others like Blake and Derb pass their days in quiet, semi-erect reverie, devising scenarios to win the hearts of girls -- girls who would not otherwise stoop to spit on them -- by saving them from masked bandits, rabid wolves, or perhaps an ululating swarm of Arabs. "Someday," they think to themselves, "I'll get my chance. Then they'll see." And with that, they go back to practicing their defiant sneers and snappy one-liners in the mirror. "Let's roll" has been taken, but they're pretty sure they'll think of something really, really cool when the time comes.


While Congress and the White House remain divided over what to do with the estimated 12 million illegal immigrants living in the USA, a new poll shows the American public appears to have reached a consensus on the question.

A USA Today/Gallup Poll taken last weekend found that 78% of respondents feel people now in the country illegally should be given a chance at citizenship.

If your son attends a co-ed college or university in the United States, and he is actively heterosexual, it is likely that a female student will falsely accuse him of rape. Does your son have any clue how to avoid such a nightmare, or that such a nightmare is even possible?

Unless you've been hiding under a rock for the past 13 months, and didn't hear about the fraudulent rape case at Duke University, you should be painfully aware of the danger your son faces. Because our society doesn't value males, your son's university will not protect him if he should, unfortunately, become the object of a female's ire. In fact, his school will kick him under the bus. You should worry about that.

At present, it is very difficult—virtually impossible in some states—for inmates who have been raped to collect damages from the prison system. Guards who neglect or even condone inmate-on-inmate assaults run virtually no risk of punishment. Other serious measures to combat prison rape would include both “conservative” solutions (stricter prisoner supervision) and “liberal” ones (less overcrowding).

Even lower-end estimates given by correctional organizations suggest that 20,000 to 40,000 inmates are sexually assaulted in American prisons every year. Those are figures no civilized society should accept.

The chemical, melamine, implicated by the FDA in the recall by Menu Foods and other companies of nearly 100 brands and varieties of dog food, has been found in another pet food ingredient imported from .

Unhappy that President Bush won't dismiss a senior appointee accused of abusing staff and interfering with investigations, Democrats in Congress are planning to haul the official in for public questioning.

As the inspector general for the National Aeronautics and Space Administration, Robert W. "Moose" Cobb is supposed to be the top cop at the agency. But a massive investigation by a White House committee into his behavior concluded recently that he had interfered with investigations and deserved disciplinary action "up to and including" removal.

In a sense I feel bad for [Paul] Wolfowitz. He's been a faithful errand-boy for the world's richest people his entire career, providing their various rape-and-pillage schemes with an intellectual veneer they could never come up with themselves. During these decades he must have witnessed scenes of decadence and corruption that would make Caligula blush. Yet when he tries to imitate his patrons on one-millionth the scale, his career is ruined. Life is so unfair!

Photograph by Jessica Kourkounis for The New York Times

Many thanks for the link, Sir! It's much appreciated.