Down the Memory Hole With Alberto 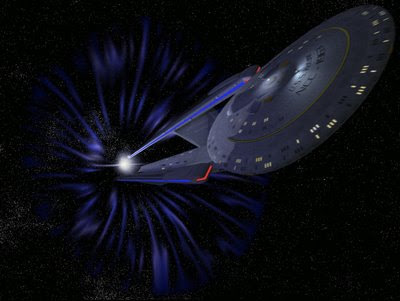 Say what you will about Attorney General Alberto Gonzalez, but there’s no doubt that he’s got a really lousy memory.

Despite arduous practice sessions in recent weeks for his appearance yesterday before the Senate Judiciary Committee that pundits compared to a boxer training for a championship fight, I lost count of how many times Gonzalez said “I can’t recall” or words to that effect. And there was near unanimity (as in Democratic and Republican committee members) that the AG bombed. As The New York Times editorialized:

"Mr. Gonzales came across as a dull-witted apparatchik incapable of running one of the most important departments in the executive branch."

When confronted by inconvenient truths, politicians have long claimed memory loss. But the Bush administration and Republican Congress have created a parallel universe where anything that doesn’t comport with the official line or is potentially embarrassing disappears down a memory hole. A memory hole that grows larger by the year.

In the run-up to the Iraq war, intelligence reports indicating that sanctions were working and that Saddam Hussein had neither WMD nor a nuclear weapons program went down the memory hole.

When politicians who backed President Bush’s disastrous initiative to privatize Social Security were confronted with that fact last fall on the campaign trail, they tried to claim otherwise. The memory hole, you know.

When some of these same pols were asked to confirm that they had gone on golf outtings and other junkets bankrolled by disgraced super lobbyist Jack Abramoff, they couldn’t remember. The memory hole, you know.

When pottymouthed Senator George Allen of Virginia was confronted with his racial slurs he never remembered saying them. The memory hole, you know.

When House Republican leaders were asked why they didn’t take action when Representative Mark Foley’s lewd indiscretions first became apparent years ago, they claim to have been unaware of them. The memory hole, you know.

And my favorite example of the memory hole: Secretary of State Condoleezza Rice can’t recall a sitdown with intelligence officials in July 2001 where they sounded the alarm over Osama bin Laden and Al Qaeda and the threat they represented to the homeland. The otherwise brilliant Rice, who probably remembers the location of every pair of Ferragamo shoes in her wardrobe, remembered nada. Not the meeting. Not blowing off George Tenet and J. Coffer Black.

In the real world, if there was a problem with a hospital patient who had succumbed during treatment and a registered nurse said she forgot where she had put his medical charts, let alone whether she had properly and completely filled them out, she could lose her nursing license and even face criminal charges.

In the real world, if there was a problem with an apartment tower collapsing and the structural engineer responsible said he forgot where he had put the blueprints and building specifications, let alone whether he had properly followed the building code, he could lose his engineering license and even face criminal charges.

But in the parallel universe populated by Republican amnesiacs, if a politician or official has a lapse of memory — whether over a matter as grave as whether the White House took to heart the warning its received prior to 9/11 or the raving perversions of a representative from Florida — it’s okey dokey.

I have a modest suggestion. The next time a politician says that he or she can’t remember something, he or she be confronted with three choices:

* Being thrown out of office.

* Being waterboarded by CIA agents. (It’s legal, you know.)

* Being given a chance to try real hard to remember.

I guarantee that the pol will find a way to scramble out of the memory hole.
Posted by Shaun Mullen at 5:25 AM
Email ThisBlogThis!Share to TwitterShare to FacebookShare to Pinterest

According to Jon Stewart, it was 44 times, I think. I don't recall, exactly.

I've heard 44 and 64. Not being real good at math, I lost count before the noon recess.

Although waterboarding sounds appropriate for Gonzales and his colleagues of the swiss cheese memory, I think we could just stick with the fact that such constant and alarming memory lapses would (in anyone else) suggest some form of Alzheimers or early onset dementia and send them off to a long overdue (if not well earned) retirement. After all, If they can't remember where the trigger is, how can they start Armageddon?

PS -- If the Imus story has taught us nothing it's that we should be rethinking cheap (and utterly irrelevant) shots like the (comparatively mild) comment on Rice's shoes. She's just as bad as her neocon bethren and there's plenty of substance to call her on. Let's stick to that.

Agreed about the shoes.