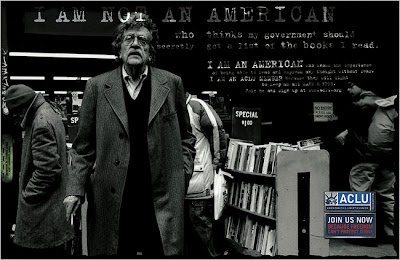 Beware of the man who works hard to learn something, learns it, and finds himself no wiser than before... He is full of murderous resentment of people who are ignorant without having come by their ignorance the hard way. ("Cat’s Cradle," 1963)

* * * * *
The First Amendment reads more like a dream than a law, and no other nation, so far as I know, has been crazy enough to include such a dream among its fundamental legal documents. I defend it because it has been so successful for two centuries in preserving our freedom and increasing ourvitality, knowing that all arguments in support of it are certain to sound absurd. (Interview, 1990)

"This is a very bad book you're writing," I said to myself.

"You're afraid you'll kill yourself the way your mother did," I said.

(Talking about when he tells his wife he's going out to buy an envelope) Oh, she says well, you're not a poor man. You know, why don't you go online and buy a hundred envelopes and put them in the closet? And so I pretend not to hear her. And go out to get an envelope because I'm going to have a hell of a good time in the process of buying one envelope. I meet a lot of people. And, see some great looking babes. And a fire engine goes by. And I give them the thumbs up. And, and ask a woman what kind of dog that is. And, and I don't know. The moral of the story is, is we're here on Earth to fart around. And, of course, the computers will do us out of that. And, what the computer people don't realize, or they don't care, is we're dancing animals. You know, we love to move around. And, we're not supposed to dance at all anymore. (PBS interview, 2005)

I have wanted to give a lesson in democracy—because we’re experienced with it, you know. And, in democracy, after a hundred years, you have to let your slaves go. And, after a hundred and fifty years, you have to let your women vote. And, at the beginning of democracy, is that quite a bit of genocide and ethnic cleansing is quite okay. And that’s what’s going on now. (The Daily Show appearance, 2005)

I wish that people who are conventionally supposed to love each other would say to each other, when they fight, "Please–a little less love, and a little more common decency." ("Slapstick," 1976)

Posted by Shaun Mullen at 7:57 AM
Email ThisBlogThis!Share to TwitterShare to FacebookShare to Pinterest