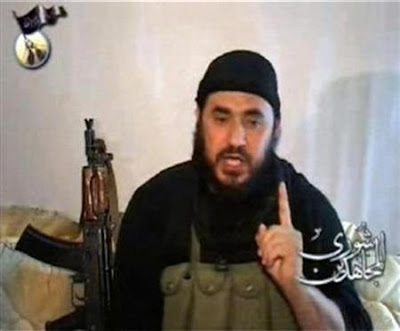 One of the recurring stories of the war for conservative bloggers is the trials and tribulations of Al Qaeda. The reason for this is simple: It is exceedingly difficult these days to find anything positive in to blog about, and if the reality of the Mess in still hasn’t taken a big chunk out of your backside, then the baddest terrorist group in the whole wide world usually can be counted on for a shred or two of good news.

This good news usually takes one of several forms:

* Al Qaeda has been brought to heel by forces working with tribal leaders in some far-flung Iraqi province.

* Al Qaeda is disintegrating because of bitter infighting.

* Al Qaeda is feuding with other insurgent organizations.

* And that evergreen: Although the White House long ago gave up on trying to prove one of its key rationales for the war -- links between Al Qaeda and Saddam Hussein -- there are indeed links out there, by golly.

It would, of course, be good news indeed were any of these developments to turn out to be accurate over the long haul. And there have been some signal successes, including the killing of Abu Musab Al-Zarqawi (see photo). But just when a Bill Roggio or Ed Morrissey picks up their hammer and tries to put another nail into Al Qaeda’s coffin, out it pops again to raise bloody hell.

I mention Roggio, who blogs at The Third Rail, and Morrissey, who blogs at Captain’s Quarters, precisely because they are earnest, civil and well sourced people who should not be confused with the blogosphere's right wingnuts who keep walking off of cliffs because their rose-colored glasses have blinded them to the big picture in Iraq.

When Bill and Captain Ed bought into President Bush’s last-gasp surge strategy, it was because they believe it has a chance of succeeding, not because they are slavish cheerleaders for the White House. (Captain Ed, for one, has been critical of numerous Bush administration missteps and has been unrelenting about AG Alberto Gonzalez.) Unfortunately, the reality of the surge is proving to be far different, and no amount of time or the piddling few additional troops who still are en route to will make any difference.

As it is, Al Qaeda in is hyped well beyond it numbers or capacity to wreak havoc – certainly when it is compared to the rest of the Sunni insurgency or the Shiite death squads.

But at least it usually can provide a glimmer of good news when the news is decidedly bad.

Posted by Shaun Mullen at 2:11 AM
Email ThisBlogThis!Share to TwitterShare to FacebookShare to Pinterest