Justin Bailey: 'They Gave Him the Bullet' 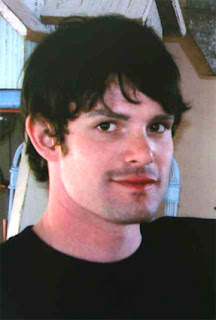 If you think that the scandal was just the tip of the iceberg, you’re right.

Federal and local officials are investigating the recent deaths of five men who were being cared for in residential rehabilitation programs or emergency housing by the West Los Angeles Veterans Administration Medical Center.

One of the five served in : Marine Corps veteran Justin Bailey, 27, who checked himself into the VA hospital after Thanksgiving because of his addiction to prescription and street drugs.


Bailey, who had been diagnosed with post-traumatic stress disorder and a groin injury, was found dead in his room Jan. 26, a day after he got prescriptions filled for methadone and other drugs.

Despite his drug history, he had been allowed to administer the drugs himself.

"My son had made a decision to get help, and they didn't help him. They gave him the bullet,'' Gulf War veteran Tony Bailey, 47, of told the Los Angeles Times.

Hat tip to Will Bunch at Attytood
Posted by Shaun Mullen at 12:21 AM
Email ThisBlogThis!Share to TwitterShare to FacebookShare to Pinterest

I just found out about him,I'm so sad, over it.we were very close but things happened and we lost contact.I knew this would happen if he thought i i left him..But his sister felt i was too old for him and led him to belive i leeft and ent back to Texas.I .So this is the result of someone interfering where they shouldn't.I will miss him and love him forever.