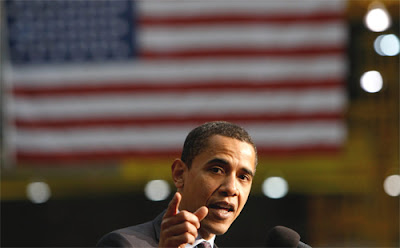 It is ironic that allegations that Hillary Clinton is running a racist campaign have reached a fever pitch as the black voters of the state of Mississippi -- where so much blood was spilled in the American civil-rights movement -- handed Barack Obama a 61 to 37 percentage point victory yesterday in the last primary until the big Pennsylvania smackdown six weeks hence.

Let's be clear: I don't think Clinton or her mouthpieces are racist, they're just trapped in a web of sleaze and desperation of their own making.

The initial strategy of presenting Clinton as Ms. Incumbent collided with the reality that many voters find the hope-and-change mantra of the upstart Obama, who just happens to be African American, to be very appealing.

Obama was not guaranteed monolithic black support back in January and a goodly number of black leaders were lining up for Clinton in Mississippi and elsewhere, yet he scored another landslide victory.

But something happened in the run-up to the South Carolina primary on January 19 that was a dramatic turning point for both campaigns: Clinton's husband and other race-baiting surrogates unleashed a backlash that reverberated far beyond that state to Mississippi and elsewhere, vividly contrasting the campaigns of a polarizing Washington insider and a fresh-faced outsider.

Indeed, exit polls in Mississippi showed that most voters -- and 90 percent of blacks cast ballots for Obama -- had made up their minds a month ago.

Seven in 10 whites voted for Clinton, while the whites who voted for Obama were young and upwardly mobile. In other words, attracted to his message.

Despite all of her spin to the contrary, Clinton picked up a mere four delegates after primaries and caucuses in five states last week and continued to trail Obama by a 112-delegate plus margin coming into Mississippi, where he probably will make up what he lost in getting at least 17 of that that state's delegates, as well as a majority of its seven superdelegates.

But that four delegate pick-up does not include the Texas caucus results, and based on partial returns it now appears that while Clinton won the popular vote and 65 delegates to Obama's 61, Obama will pick up more caucus delegates, perhaps as many as 38 compared to Clinton's 29, which will effectively wipe out her margin of victory in the Lone Star state although Clinton holds a 14-10 superdelegate lead.

A high-ranking Republican said that "symbolically, losing Hastert’s seat is like the toppling of the Saddam statue in ," and while the might be a bit hyperbolic, Foster did win big in a deeply conservative Republican district that was Ronald Reagan’s birthplace.

Obama, who like Clinton was campaining in Pennsylvania, took his Mississippi win in stride and gave no victory speech. Lost in Clinton's claim that she is winning the big states is that Obama has now swept the Southern states -- South Carolina, Georgia, Alabama, and Mississippi -- despite the might of the Clinton machine while capturing a significant percentage of white voters.

This opens the door to the intirguing possibility that with a huge black turnout in November, he might be able to win one or more states that have been ceded to the Republicans in recent elections.

And don't you just love how Clinton's claims of superior leadership and foreign policy experience are being undermined by the people who know better, including the folks that accompanied her on what she has described as a harrowing trip into the dark maw of Serbia in 1996. In fact, says comedian-actor Sinbad, his biggest worry was where he'd eat next.

Clinton would be advised to keep her mouth shut when she is about to exaggerate or speak a mistruth. But then we might hardly hear from her at all.

The Limbaugh induced GOP election tampering voters in Mississippi took 40,000 votes from Obama. Without their 12% (going 3:1 Clinton) participation Obama would have won 64% to 34% and possibly picked up another delegate.
The 'monster' will now have Limbaugh delegates to inveigle her way to victory. You go gal.