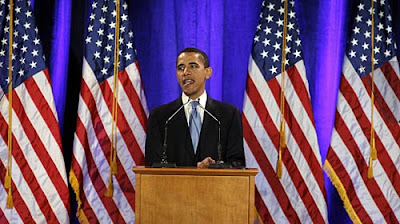 I have come to believe that the 2008 presidential contest will be the last -- or perhaps the second to last -- where the race and the religion of the candidates really matter.

The reason is that many voters, and this is especially true of young voters, simply don't care about that stuff like their parents and forebears did and do. This already is substantially true in the race for the Democratic presidential nomination and is reflected in the popularity of Barack Obama.

If this race was just about voter perceptions, Obama would have wrapped it up weeks ago. Hillary Clinton's negatives have been huge and she has done nothing to change them, while Obama has been seen as a golden boy by many voters, including a substantial number of first-timers and Independents, and has been given a substantially free ride on the back of his hope-and-change message.

I happen to think that neither relationship will be remotely fatal, and the mainstream media has pretty much moved on from its Wright and Rezko feeding frenzy despite Clinton's view that Obama is "unvetted." This is her way of suggesting that he may have other skeletons in his closet and yet another way of her saying that he lacks experience.

But the electorate -- especially those all important Pennsylvania primary voters -- is a bit behind that wave and the incendiary comments of the Reverend Jeremiah Wright and Obama's own blackness have taken on a currency of their own.

So Obama's speech this morning at the National Constitution Center in Philadelphia, with his wife Michelle at his side instead of campaigning elsewhere as had been planned, took on an outsized importance and will be viewed as a defining moment in his improbable campaign.

In that respect Obama should allay the fears of voters conflicted by his relationship with this throwback pastor. He not only didn't shrink from that relationship but elaborated with candor, forcefulness and eloquence about why it has been so important to him, while stressing that it was time for America to “move beyond some of our old racial wounds.”

And he will further hearten supporters who have never given a second thought to his race and religious background.

Some excerpts from the speech:

"On one end of the spectrum, we've heard the implication that my candidacy is somehow an exercise in affirmative action; that it’s based solely on the desire of wide-eyed liberals to purchase racial reconciliation on the cheap. On the other end, we’ve heard my former pastor, Reverend Jeremiah Wright, use incendiary language to express views that have the potential not only to widen the racial divide, but views that denigrate both the greatness and the goodness of our nation; that rightly offend white and black alike. I have already condemned, in unequivocal terms, the statements of Reverend Wright that have caused such controversy. For some, nagging questions remain. Did I know him to be an occasionally fierce critic of American domestic and foreign policy? Of course. Did I ever hear him make remarks that could be considered controversial while I sat in church? Yes. Did I strongly disagree with many of his political views? Absolutely – just as I’m sure many of you have heard remarks from your pastors, priests, or rabbis with which you strongly disagreed. . . . Reverend Wright's comments were not only wrong but divisive, divisive at a time when we need unity; racially charged at a time when we need to come together to solve a set of monumental problems – two wars, a terrorist threat, a falling economy, a chronic health care crisis and potentially devastating climate change; problems that are neither black or white or Latino or Asian, but rather problems that confront us all.

"Given my background, my politics, and my professed values and ideals, there will no doubt be those for whom my statements of condemnation are not enough. Why associate myself with Reverend Wright in the first place, they may ask? Why not join another church? And I confess that if all that I knew of Reverend Wright were the snippets of those sermons that have run in an endless loop on the television and You Tube, or if Trinity United Church of Christ conformed to the caricatures being peddled by some commentators, there is no doubt that I would react in much the same way

"As imperfect as he may be, he has been like family to me. He strengthened my faith, officiated my wedding, and baptized my children. Not once in my conversations with him have I heard him talk about any ethnic group in derogatory terms, or treat whites with whom he interacted with anything but courtesy and respect. He contains within him the contradictions – the good and the bad – of the community that he has served diligently for so many years.

"Just as black anger often proved counterproductive, so have these white resentments distracted attention from the real culprits of the middle class squeeze – a corporate culture rife with inside dealing, questionable accounting practices, and short-term greed; a Washington dominated by lobbyists and special interests; economic policies that favor the few over the many. And yet, to wish away the resentments of white Americans, to label them as misguided or even racist, without recognizing they are grounded in legitimate concerns – this too widens the racial divide, and blocks the path to understanding.

"This is where we are right now. It's a racial stalemate we’ve been stuck in for years. Contrary to the claims of some of my critics, black and white, I have never been so naïve as to believe that we can get beyond our racial divisions in a single election cycle, or with a single candidacy – particularly a candidacy as imperfect as my own.

But I have asserted a firm conviction – a conviction rooted in my faith in God and my faith in the American people – that working together we can move beyond some of our old racial wounds, and that in fact we have no choice is we are to continue on the path of a more perfect union.

" . . . [I]t is where we start. It is where our union grows stronger. And as so many generations have come to realize over the course of the two-hundred and twenty one years since a band of patriots signed that document in , that is where the perfection begins."

It will be interesting to see if Hillary Clinton continues to bang Obama on Wright after a speech (that he says he wrote himself) in which he was honest and presidential.

And let's also not forget that this is the second major speech of the campaign with religious underpinnings, and in that respect we can be thankful that Mitt Romney has disappeared into the collective rear-view mirror.

Romney, a Mormon, left no room for unbelievers in a December speech. He just wanted to make sure that the Republican Christian conservatives invited him to their dance. That seems so incredibly small minded when compared to what Obama had to say.

More here on Obama's speech. And click here to read the full text.

Photograph by Emmanuel Dumand/AFP-Getty Images
Posted by Shaun Mullen at 11:27 AM
Email ThisBlogThis!Share to TwitterShare to FacebookShare to Pinterest

Doesn't it bother you, that Obama wants to increase the size of the military, and send more troops to afghanistan?

I linked to your blog.