'The Man Said He Was Gonna Give It Up' 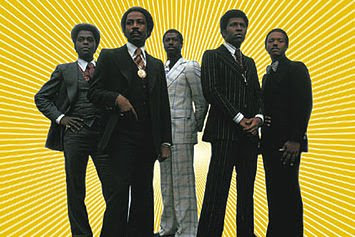 People in the world, out there,
I know none-a y’all satisfied, satisfied,
The way prices have been goin up on things,
I'm about to say, I can barely buy a morning paper, yeah,
I have to cut down on smokin',
Cut down on smokin',
Have to cut down on drinkin',
Cut down on drinkin’
‘Cause early one morning I got me a paper, huh, I sat down on my living room floor
Opened it up [Opened it up], opened it up [Opened it up]
Guess, what I saw, huh?
I saw the President of the ,
The man said he was gonna give it up,
He did resign y'all,
But he still turned around and left all us poor folks behind,
They say they got another man to take his place,
But I don’t think that he can satisfy the human race
Bad luck, huh
Bad luck, bad luck, hey, hey, hey, hey, hey, hey