Yes, The Sisterhood is Powerful. But It's Time To Return Those Evening Gowns 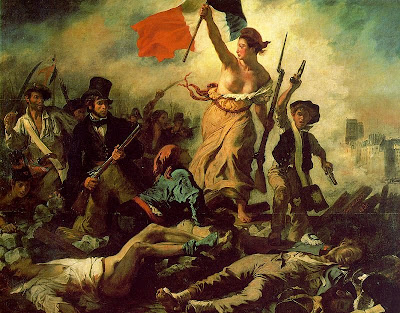 Like radio waves reaching earth from some cosmic calamity millennia ago, the yarbling of Hillary Clinton sycophants who believe that her candidacy was gang banged into extinction by the mainstream media, right-wing bloggers and Barack Obama acolytes can be faintly heard, although it is so much background noise as Clinton herself and practically everyone else who is determined to take back America link arms and march toward November.

Has it only been five days since Clinton’s extraordinarily gracious concession speech? It seems like light years in this corner of the universe where the political landscape changes by the news cycle, and yet some diehards just can't seem to face up to the reality that the fancy evening gowns they bought so they could dance the night away with Bill and Hill at her inaugural balls will have to be returned.

The most obnoxious of these diehards claim that their refusal to turn the page, let alone return their dresses, is a sign of gender solidarity, while the most extreme of the obnoxious howl that for good measure they will vote for Mr. McCain or not at all, even though that would improve the chances that it will be John and the woman he has referred to by the four-letter name for her sex organ might be tripping the light fantastic come the evening of January 20, 2009.

But come to think of it, how many old-line feminists have acted so ignobly in their lust to coronate the first woman president on their terms? Probably not as many as I think; it's just that some of them have been outrageously outspoken:

* EMILY’s List honcho Ellen Malcolm, who thundered that the politically savvy endorsement of Obama by the National Women’s Political caucus was "disrespectful" to Clinton.

* Maria Pappas, head of the New York state chapter of NOW, who screeched that "We are repaid with his abandonment" when Ted Kennedy endorsed Obama, adding for bad measure that the senator had "joined the list of progressive white men who can't or won't handle the prospect of a woman president who is Hillary Clinton."

* Geraldine Ferraro, whom Clinton was forced to show the door after the former vice presidential candidate's repeated and insistent claims that Obama had only gotten to where he was because he was a black man.

* Edith, a Clinton volunteer from Silver Spring, Maryland, who wore a sign saying "Remember in November: Vote Present" to Clinton's concession speech and declared that "I would die and slit my wrist before I'd vote for Obama."

And then there were Page Gardner and the other jackbooted feminists at Women's Vote Women's Voices who in mass mailings and robocalls after primary election registration deadlines in several states tried to suppress turnout for Obama by women.

Yes, there are sexists in the news media and there too often is a double standard for women, but these feminists are being willfully naive in blaming everyone except the Clintons, who in an historic series of arrogant miscalculations took what was once pretty close to a sure thing and squandered it.

Curiously, Clinton never seemed comfortable with her role as the first serious woman presidential candidate and used her gender more as a cudgel than a talking point. More curious still, the feminist notion of liberation -- one of Obama's memes -- was AWOL from a campaign that was run like a patriarchy.

As I have written – and bears repeating amidst the last gasps of old-school feminist vitriol – it is worth remembering that the seeds of the election of the first woman president were planted in the halcyon days of the late 1960s and finally seemed well within the realm of possibilities this year after four hard decades of educating and organizing.

Hillary Clinton and her sisters only had one rule book to use as they toiled over the years to elect woman state legislators, governors and U.S. senators and representatives. That rule book was the one that Nixon, Ford, Carter, Reagan, the Bushes and of course Bill Clinton himself used.

But a funny thing happened on the way through the glass ceiling to 2008.

The old rules fell into disrepair and then disrepute and it simply was not enough for Hillary to be better at this man's game than her own husband and the other men who came before her. She and her sisters were so cock sure of themselves that they didn't understand they needed to change the rules.

Obama understood that and so did millions of women. Over the long haul of the primary season Clinton's advantage among women averaged out to a mere nine percent, and I'll wager you that the women who voted for Obama want equal pay, freedom from harassment and the unfettered right to do with their bodies what they choose just as badly as those old-school feminists.

A final thought for those feminists: Honor Hillary Clinton and yourselves. Go ahead and put on those evening gowns and take a few turns in them. And later on when you're returning them to Saks, Bloomingdale's or wherever, say a prayer that it will be Barack Obama and not a septuagenarian misogynist who becomes the next president.

I'm one of those women who will not vote for Obama. I don't believe in him and I don't believe him. I was an Edwards fan and he is no Edwards. I won't vote for McCain and will actively try to dissuade people from voting for him, but Obama is never getting my vote.

I can do this for two reasons. One, it's my vote and nobody tells me what to do with it and two, I live in California. The state that contributes money to the Dems all the time but since we are so blue, my vote, or lack thereof, won't matter. And if it gets to be that close of a race here, my vote will be the least of Obama's problems.

"a funny thing happened on the way through the glass ceiling" - what a great turn of phrase!