Flushed With Pride Over Their President 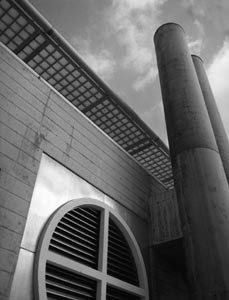 While the good burghers of San Francisco have a penchant for doing things differently, their patriotism certainly can't be questioned.

And so it is with the Presidential Memorial Commission of San Francisco, which wants to rename the Oceanside Water Pollution Control Plant the George W. Bush Sewage Plant in January when the next president is sworn in.

During the inauguration, the group also wants supporters to participate in a "synchronized flush"- a way to send a gift to the renamed plant, which supporters say, would be a "fitting monument to this president's work."

Some 8,500 signatures in support of the plan - 1,300 more than the minimum needed to put the question to city voters in November -- already have been collected.

Posted by Shaun Mullen at 1:58 AM
Email ThisBlogThis!Share to TwitterShare to FacebookShare to Pinterest