Misteaks Happen Around the Blogosphere 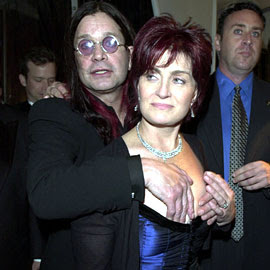 BOO-BOOS NOTED BY REGRET THE ERROR

Our February 21 report of the BRIT Awards headed "Ozzy’s Freak Show" reported that Ozzy Osbourne had thrown the BRIT Awards into chaos after he suffered a health scare, toppling over twice, just before the Awards ceremony.

We claimed that BRITS bosses held emergency talks about whether to send the Prince of Darkness to hospital and suggested that Ozzy may have had to withdraw at the last minute from presenting the Awards with his family.

We also claimed that as a result of his health scare Ozzy had to be ferried around in an electric buggy.

We now accept that such allegations are completely untrue. We are happy to make clear that Ozzy was fit and well, did not suffer a health scare and that there was no question of Ozzy having to go to hospital or being unfit to fulfil the engagement.

We apologise to Ozzy and his family for any embarrassment or distress caused by our article. As a mark of our regret we have agreed to pay Ozzy’s legal costs and substantial damages, which Ozzy will donate to the Sharon Osbourne Colon Cancer Program.

Because of an editing error, an article on May 2, 2005, about the suggestion by Jeff Van Gundy, the coach of the Houston Rockets at the time, that fouls were being called more readily and unfairly on his team’s center, Yao Ming, during the N.B.A. playoffs referred incorrectly to the genesis of Van Gundy’s concern. He said it was “an official” — not a referee — who had called him to say that Yao was being singled out in games against the Dallas Mavericks. Van Gundy was fined $100,000 by the league for his comments.

The error was repeated in a follow-up article in 2005 and again on Wednesday in an article about Tim Donaghy, a former referee who has pleaded guilty after being charged last year with conspiring with gamblers. In a court filing to seek leniency at sentencing, Donaghy and his lawyer cited the Van Gundy controversy among accusations of misconduct and manipulation of game results by N.B.A. executives and referees. Discussing the Donaghy case on a broadcast on Wednesday night, Van Gundy, now a television analyst, said he had been called by an N.B.A. official in 2005.

Yesterday’s story "‘Stan's ban for swimmer", should not have stated that former national squad member Tatiana Holodnow was banned for three months by Softball Australia for testing positive to cocaine. She tested positive to cannabis.

"It was the work of at least one other writer who did not receive credit and who we did not know about. Ramiro decided on his own to resign just as our investigation was concluding and we were preparing to take appropriate action. We have a zero-tolerance policy whenever someone on our staff presents work as their own that is not their own."

. . . The Express-News began to look into allegations against Burr in April after lawyers for Douglas Shannon contacted Rivard, seeking "formal byline credit" for stories Shannon claimed he "ghost-wrote" for Burr in 2001, 2002 and 2003. Shannon also claimed that he transcribed and translated from Spanish to English interviews Burr conducted in 2006, 2007 and 2008.

Another article, "China fears the power of its society", incorrectly calculated 2 million yuan as $301. The right amount is $301,000.

In The Independent Extra on 18 March 2008, we incorrectly suggested that David Gest had alleged that Liza Minnelli gave him herpes. Mr Gest has told us, which we accept, that he did not make any such allegation and that he has never had the disease. We apologise to Mr Gest for any embarrassment or distress caused by this mistake.