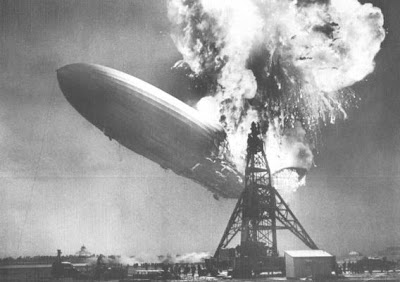 It's certainly the impression you get scanning Daily Kos and Think Progress and even the inestimable Talking Points Memo. Don't you people ever drink or get laid? Barack Obama leads John McCain comfortably in the polls, the immediate legacy of the Bush years lies symbolically somewhere between "The Scream" and the Hindenburg, and American liberalism in general is said to be on a dramatic uptick. So why are liberals still so earnest and dire?

. . . Perhaps the problem is that a sense of humor is innately conservative, as G.K. Chesterton, Evelyn Waugh, P.G. Wodehouse, Kingsley Amis (after whom I named my cocker spaniel), Christopher Buckley, Judd Apatow and others have either explicitly or implicitly attested. Even Mark Twain was at his best when he was fusty and backward-looking.

A Democratic-funded poll out of Alaska suggests that Barack Obama's pledge to expand the traditional Electoral College playing field this fall may well find fertile soil in places that haven't seen a competitive presidential race in decades.

. . . Keep an eye on how Obama runs in hypothetical general election matchups with McCain in states like Alaska, Mississippi, Louisiana, North Carolina and Kansas -- all of which will play host to Senate race of varying levels of competitiveness.

Rarely in politics is a narrow loss as good as a win, but if Obama can keep McCain from running up the score in these Republican-friendly states he may well do a world of good for the down-ballot candidates seeking Senate and House posts.

Laura Bush may be ready to give Michelle Obama the benefit of the doubt when it comes to her patriotism but Cindy McCain may not.

I despair for the future. In 10 years time, will we be able to recognize anything of the United States after the Democrats have transformed it?

I've alluded a couple of times to the fact that Barack Obama's problems in Appalachia, which had seemed to be so pervasive before, suddenly seem to have righted themselves. While he is not running as strong as Hillary Clinton probably would in the region, his numbers now look fairly normal for a non-Southern Democrat.

Two purely Appalachian states have had polling released since the end of the primary campaign. Those are Arkansas, where Rasmussen showed Obama with a 15-point improvement, and Kentucky, where SurveyUSA showed him cutting his deficit from 24 points to 12.

Barack Obama bit the bullet and on Thursday opted out of the public financing system. . . . Is he a promise breaker or a reform shaker? How you answer that might depend on whom you want to win in November.

Does anybody know why Donald Rumsfeld, Paul Wolfowitz, Doug Feith and John Yoo have not yet been awarded the Presidential Medal of Freedom, the nation’s highest civil honor?

You know, when William Saletan was complaining that pro-choice people never do anything to promote ways to reduce the need for abortion, I figured he'd just been hit on the head with an Acme anvil and got amnesia about the existence of organizations like Planned Parenthood. However, I see that His Lordship actually thinks it's no big deal if women can't get contraception, so I'm beginning to suspect that, his protestations to the contrary, Lord Saletan is actually a secret supporter of forced pregnancy.

[Tim] Russert's friends and colleagues were understandably shocked by Russert's premature passing. If an overweight workaholic with diabetes and a history of coronary artery disease can suddenly die without warning, is any one of us safe? Many of the pundits and politicians who spoke at Russert's funeral and during the hours and hours and hours of cable news coverage must have been wondering, for the first time in their lives, Am I, too, mortal? Tom Brokaw has never looked so human.

Russert brought something to television journalism that had never been tried before. Instead of asking questions off the top of his head, he had his staff do research on his interviewees and actually used some of that research in his interviews. Many politicians had never been confronted with their own words before and his unique interview style caught many of them off guard, but it also gave them a chance to look good by showing that they could withstand tough questioning by giving vague, noncommittal answers. Unfortunately, Russert's shoes will be very hard to fill because while many television journalists do have staffs that have access to LEXIS/NEXIS, few of them know what follow-up questions to ask after an interviewee gives his boilerplate answer and will simply go on to another topic. Russert's ability to ask the same question over and over again using different words is one that has sadly died with him. He will be missed.