The Gitmo Ruling Was A Setback, But The Bush Revolution Still Is Alive & Kicking 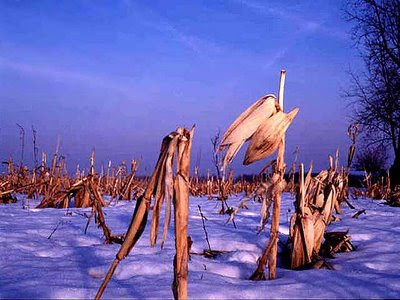 Perhaps the biggest disconnect between the core conservative tenet that the less government and the less obtrusive government the better and the actions of our president, who turned out to be such a faux conservative, are his unprecedented power grabs over the last seven years.

When taken as a whole these power grabs are nothing less than revolutionary in the most uncomplimentary sense of that word since the greatest fear of the Founding Fathers was that the young republic would backslide into an imperial presidency.

That has come to pass some 230 years later with the substantial help of a cowed Congress and a public living in fear, apathy or a combination of the two, and was on display last week when the Supreme Court ruled for no less than the third time -- the first two rulings having been more or less ignored -- that the Military Commissions Act legislating a rump legal system for detaining and prosecuting enemy combatants was out of legal bounds.

This, a 5-4 majority of justices reasoned, was because of the act's suspension of habeas corpus and other kangaroo court trappings which denied terrorism suspects at Guantánamo Bay the key legal right embedded in the Constitution.

One could logically assume that the War on Terror is being fought to preserve the Great Writ and the other foundation stones of American democracy, but the Bush administration has used the GWOT in a bald-faced effort to undermine those foundation stones and shore up its imperial presidency. In the process it has tracked down and incarcerated, let alone tried and convicted, remarkably few of the truly dangerous jihadists while wrongfully imprisoning dozens or possibly hundreds of petty crooks, goatherds and other innocents -- and then throwing away the key.

* * * * *
While the Supreme Court ruling -- Boumediene v. Bush -- was widely applauded by those of us who want our country back and was a reversal for a White House, it was widely misinterpreted as a whole lot more than what it was. And this is all that it was in 50 words or less:

The administration did not believe that habeas extended to Gitmo detainees and produced what it believed was a constitutionally adequate substitute in the form of the Military Commission Act. A majority of justices said the substitute was not adequate because of the suspension of habeas. Period.

But right-of-center commentators leaped onto their high horses, declared that the barbarians were not only at the gates but had brainwashed Justice Kennedy and his majority peers, and pretended that Boumediene was a blanket denunciation of the Bush revolution.

Typical of the willful misinterpretation was Andrew McCarthy at National Review Online, who in an apocalypse-tinged tirade wrote that:

"It is difficult to single out the most outrageous aspect of Justice Anthony Kennedy’s majority opinion in the Supreme Court’s cataclysmic Boumediene ruling last Thursday: The reckless vesting of constitutional rights in aliens whose only connection with our body politic is their bloody jihad against Americans; the roughshod ride over binding precedent to accomplish that feat; or the smug arrogance perfectly captured by dissenting Chief Justice John Roberts's description of a 'constitutional bait and switch' — a Court that first beseeches the political branches to enact a statutory procedure for handling combatant detentions, and then, once a thoughtful law is compliantly passed, invalidates the effort for its failure to satisfy the eccentric predilections of five lawyers.

Then there was Christopher Roach at Taki's Magazine, who unwittingly undermined his own argument by breathlessly overreaching:

"The Constitutional system does not ebb and flow when a good or bad president is in office. All powers can be abused, and this is especially true in the case of the courts, whose own sense of restraint is the thin reed that limits most of their abuses. The same Supreme Court that arrogated to itself the right to interfere with law enforcement activities at the state level and that divined a right to abortion in the sixties, also imagines itself the final say now on all aspects of the war against Al Qaeda."

Roach could not be more correct about the ebb-and-flow thing, but the top court has been consistent when it comes to habeas and other than thrice intervening over the Military Commissions Act has pretty much given Bush free reign. This is because the court itself is inherently conservative and had been reluctant to impinge on executive prerogatives long before legal knuckle draggers like Antonin Scalia and Joseph Alito donned black robes.

* * * * *
While you can be certain that McCarthy and Roach are high-fiving fools when the Supreme Court tells California to stick its medical marijuana laws where the sun don't shine, among other executive power-consolidating decisions rendered under Chief Justice Rehnquist and more recently Roberts over the past seven-plus years, they doth protest too much about Boumediene because the Bush revolution is alive and well.

This includes preemptive war, preventive detentions, warrantless wiretaps, the very existence of Gitmo and the rest of the Rumsfeld Gulag, the use of torture in violation of international conventions, a plethora of signing statements and other efforts to turn the balance of power mandated in the Constitution on its ear, widespread classification of documents containing no secret or sensitive information, extending the concept of the unitary executive to refusing to honor congressional subpoenas, politicizing the Justice Department . . . You get the idea.

Jack Balkin, whose legal and political commentary at Balkinization is usually smart and always thoughtful, was having a bad day when he argued in the wake of Boumediene that the revolution has failed. This, he rationalized, is because there have been no attacks on the homeland since 9/11, the Iraq war has been a disaster, the Republicans have lost control of Congress and Bush is extremely unpopular. But he then adds that:

"Even failed constitutional revolutions, however, may have lasting effects. The next president will be stuck with the problems created by the Iraq war for some time. He will have to find a solution to Gitmo, a problem for which there are few good solutions. He will have to figure out how and when to engage in preventive detention for terrorists, what sort of legal process to use, and how to reform surveillance practices. The next president, in short, will assume most of Bush's problems, as well as the new problems Bush created in his failed attempt to solve them."

Disassembling this revolution will never happen if the next president is John McCain and won't be a priority if it is Barack Obama, who told my friend Will Bunch without a whole lot of conviction that he is open to the possibility of investigating potential high crimes in the Bush White House.

Obama realizes that on balance there are more pressing matters and must understand that once a civil liberty is taken away it is damned difficult to restore. But that doesn't mean that he and we shouldn't try.

"When taken as a whole these power grabs are nothing less than revolutionary in the most uncomplimentary sense of that word..."

Those who have read and understand American history already realize that what Bush has done is hardly revolutionary, nor unconstitutional. But when one refers to their country being at war as "fearmongering", the idea of actually telling what is going on is immaterial.

And just so everybody knows, habeas corpus was never suspended. That's because the Gitmo terrorists never had that as a right available to them.