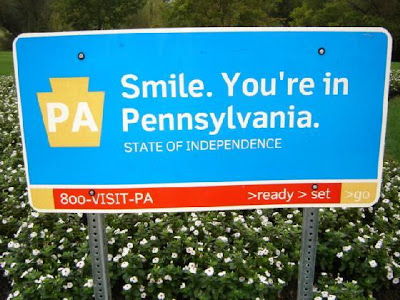 With two weeks to go, Sen. Barack Obama is knocking on the door of a major political upset in the Democratic primary. Obama is not only building on his own constituencies, but is taking away voters in Sen. Hillary Clinton’s strongest areas - whites including white women, voters in the key swing Philadelphia suburbs and those who say the economy is the most important issue in the campaign.

Barack Obama did not hunt or fish as a child. He lives in a big city. And as an state legislator and a senator, he consistently backed gun control legislation.

But he is nevertheless making a play for pro-gun voters in rural .

By highlighting his background in constitutional law and downplaying his voting record, Obama is engaging in a quiet but targeted drive to win over an important constituency that on the surface might seem hostile to his views.

The need to craft a strategy aimed at pro-gun voters underscores the potency of the issue in , which claims one of the nation’s highest per capita membership rates in the National Rifle Association.

It also could provide clues as to whether Obama, as one of the Senate’s more liberal members, can position himself as an acceptable choice to a conservative-minded demographic in later primary contests and in the general election.

According to CNN, Obama leads 1629 to 1486 delegates, has won more states, and leads in the popular vote, and is well on his way to closing out the primary election. As such, Patty Solis Doyle, ’s former campaign bigwig who was ousted for, well, incompetence, is offering up the new fusion ticket with Obama and Clinton. Small problem- Doyle wants the candidate trailing in delegates and states won and popular vote to head the ticket.

If anyone thinks McCain raising $15 million in March is good news — and crucially, just $4M of it from online and direct mail — then they’re probably part of the problem rather than part of the solution.

What stands out from the announcement is the sense that they’ve thrown in the towel when it comes to fundraising for John McCain 2008. . . . They’re also taking public money in the general, foreclosing any chance of the grassroots funding the campaign if Obama breaks his public funding promise. . . . [McCain is] relying on the same weakened high-dollar model that fell short for every Republican candidate in the primary, and barely bothering with the untapped potential of the Internet.

Mark Penn isn't the only Hillary Rodham Clinton supporter on the wrong side of the trade agreement.

The Democratic-leaning advocacy firm the Glover Park Group, former home to campaign spokesman Howard Wolfson, signed a $40,000 per month contract with the government of in April of 2007 to promote the very agreement that now rails against on the presidential campaign trail.

That means Glover Park Group was arguing the same position on the free trade agreement as has Penn, the contentious strategist and Burson-Marsteller chief executive who lost his campaign job over the weekend after The Wall Street Journal revealed that he'd met with Colombian officials to plot strategy on the pact.

John McCain gave another big speech on today. Right around the time the GOP candidate was insisting that we’ve "turn[ed] things around," MSNBC had to break away to report on mortars being fired into the Green Zone, which came just a day after five Americans troops were killed in Iraq.

Calling your wife a "trollop" and a "cunt" in front of reporters doesn't seem very presidential to me, but then, I wasn't alive in the 1930s, and so may not fully understand these things.