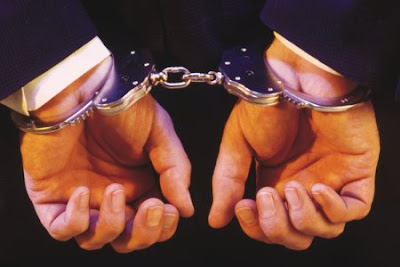 While the Bush administration's stewardship of the economy and that pesky war, among other areas of vital concern to the national interest, have been seriously lacking, its ability to make significant policy changes without bothering to tell anyone -- let alone come clean about their implications – has been nothing short of masterful.

In one of the more insidious examples of this, the Justice (sic) Department, in the service of an administration allergic to regulating the corporate fat cats who bankroll Republican causes (and Democratic, too), is no longer regularly threatening wrongdoers with criminal charges and penalties and instead is offering settlements.

Not every case of corporate crime should result in a CEO or CFO frog walking to the nearest federal penitentiary for a turn in the laundry room and a few rounds of tennis. But removing that threat and substituting it with a cash settlement also removes a pretty big disincentive to not behave badly if the consequence of doing so is no more than a wrist slap in the form of a one-time accounting charge.

The Justice (sic) Department argues that such deals save Uncle Sam time and expense and (gasp!) spare corporations and their employees unnecessary harm. Besides which, federal monitors are assigned to oversee the corporations who enter into these agreements.

If the case of Zimmer Holdings is any example of the efficacy of the monitor arrangement, then there's a bridge in Brooklyn that I'd like to sell you.

Zimmer was one of five companies investigated by the U.S. attorney's office in New Jersey for allegedly paying doctors' consulting fees in order to recommend particular artificial hip and knee reconstruction and replacement products. The corporation got one of the Justice (sic) Department's get-out-of-jail-free cards, paid a fine and then was assigned a monitor by the name of John Ashcroft.

Yup, that John Ashcroft, who despite his fawning obesance to the White House on matters ranging from torture to raiding public libraries to get book circulation records actually compares favorably to successors Gonzalez and Mukasey.

You probably missed it, but Ashcroft was called up to Capitol Hill last month after his monitor role became public. His esquire-ness became visibly agitated under questioning and fumed that it was Zimmer and not taxpayers who were paying for his work, so there was no conflict nor the appearance of one.

Which of course totally misses the point.