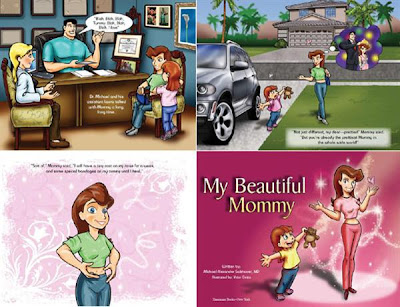 We have three terrible traditions that we've developed in American campaigns. One is outright meanness and negativity. The second is taking out of context something your opponent said, maybe inartfully, and blowing it up into something your opponent doesn't possibly believe and doesn’t possibly represent. And third is a kind of tradition of distraction, of getting off the big subject with sideshows that have nothing to do with what matters. And these three aspects of the old politics I've seen growing in Hillary’s campaign.

[T]here's another problem with the opening sentence of the [Maureen] Dowd column. "I'm not bitter." Oh Maureen -- who the hell do you think you're kidding? The woman positively soaks in bitterness. Marinates in it. It oozes out of her pen and pours into just about every damn word she writes. Her bitterness has utterly corroded her soul. It's turned her into a twisted freak whose chief pleasure in life seems lie in vicious, barking-mad attacks on the only people capable of ending our long national nightmare -- the Democrats. Seriously, if there is any other single person in the media who's been a more powerful enabler of Republican high crimes and misdemeanors than Modo, I don't know who it is.

No, Maureen's not bitter. Yes, and Miss Havisham reacted to being jilted at the altar with remarkable equanimity.

As we know the perennial question about your modern conservatives is if they're stupid or evil, or if both what's the balance between the two. This isn't about all conservatives, just the modern conservative movement as it's currently represented in stupid crappy blogs, magazines, pundits, and NYT columnists.

I really don't know what the American audience is thinking, just like when I finished Rush Hour 1, I thought "Oh my career is finished . . . the movie is terrible. I don’t know the culture or what they are going to say, like 'the action is horrible'," and it was actually a big success in America. Then came Rush Hour 2, Shanghai Noon, and Shanghai Knights, and I still don’t understand, you know? . . . In Asia [Rush Hour] was a flop. Nobody understand what Chris Tucker was saying. Nobody know the American humor. They don't like Jackie Chan action, because the action compared to my old action is terrible, but in America (it was) a big success . . . Every time I come to America and do a big American film, then I would predict, "OK this movie would never be a success in Asia, but only for the American market . . . "

Maryland’s highest court has overturned a horrid ruling and joined seven other states in recognition of the fact that a woman (and hopefully any person?) can revoke her consent to sexual activity — and that, shockingly enough, when a person continues sex after being told to stop, that sex becomes rape.

Beginning next Tuesday, Shvarts will be displaying her senior art project, a documentation of a nine-month process during which she artificially inseminated herself "as often as possible" while periodically taking abortifacient drugs to induce miscarriages. Her exhibition will feature video recordings of these forced miscarriages as well as preserved collections of the blood from the process.

The goal in creating the art exhibition, Shvarts said, was to spark conversation and debate on the relationship between art and the human body. But her project has already provoked more than just debate, inciting, for instance, outcry at a forum for fellow senior art majors held last week. And when told about Shvarts' project, students on both ends of the abortion debate have expressed shock . saying the project does everything from violate moral code to trivialize abortion.

But Shvarts insists her concept was not designed for "shock value."

"I hope it inspires some sort of discourse," Shvarts said. "Sure, some people will be upset with the message and will not agree with it, but it’s not the intention of the piece to scandalize anyone."

A student’s bizarre claim to have repeatedly impregnated herself and induced abortions that she videotaped for use in a senior art project is a work of "creative fiction," the university said yesterday.