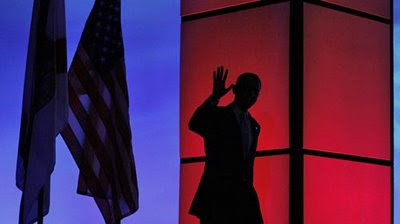 Obama's character is a political triumph. His cool, unlike McCain's tic-filled anger, is tactically deployed; throughout the campaign it's become his main weapon against crisis and attack. But if he wins, he'll need to play far more of his psychic register to have any chance of succeeding at the impossible job he's so skillfully pursued. He'll have to draw on humor, on empathy, on audacity, on courage, in order to inspire the kind of confidence the country badly lacks and needs. He might even have to get angry.

He sees the complicated world as it is today, not as a binary division between us and them, but as a kaleidoscope of shifting alliances and interests. As he often notes, he is the son of a Kenyan father and a mother from Kansas, an internationalist who yet acknowledges that America is the only nation in the world in which someone of his distinctly modest background could rise as far as his talent, intellect and hard work would take him.

From Bill Clinton to John McCain, Senator Barack Obama has proved adept at driving very smart politicians out of their comfort zone, leading them to make comments or embrace tactics that end up backfiring.

Mr. Obama is a man of supple intelligence, with a nuanced grasp of complex issues and evident skill at conciliation and consensus-building. At home, we believe, he would respond to the economic crisis with a healthy respect for markets tempered by justified dismay over rising inequality and an understanding of the need for focused regulation. Abroad, the best evidence suggests that he would seek to maintain U.S. leadership and engagement, continue the fight against terrorists, and wage vigorous diplomacy on behalf of U.S. values and interests. Mr. Obama has the potential to become a great president. Given the enormous problems he would confront from his first day in office, and the damage wrought over the past eight years, we would settle for very good.

Barack Obama is on course to win this election, and to win it by a big margin. But he isn't winning because he framed his arguments better than Al Gore and John Kerry. He's working in a favorable environment, yes, but the real change is his ground game. He has built an organization that is able to take all the spontaneous energy of the left and put it to directed use.

These are tumultuous times for our nation. Our economy is sputtering. We're still at war in Iraq while trying to fight terrorism around the world. Our international reputation is in shambles. The nation needs not just a new president, but a dynamic leader. The nation needs Barack Obama.

Obama's skin color has obscured a pretty basic fact about him: he seems to have had a very conservative private life as a public figure. His marriage and family life have been much more traditional than John McCain's -- someone who admits to promiscuity and adultery and divorce. Unlike McCain he's a long-time regular church-goer. Biden is also a family man, devoted to his kids and first and second wife, and a teetotaler.

This closing blizzard of slime is another attempt to spread the wizard's curtain further: Don't look at how the economy has impoverished you while a Republican has been in the White House, look at Mr. Obama's passing acquaintance with an old radical who did bad deeds almost 40 years ago, because that is more important.

Yes, they apparently do think the American people are that stupid.

On Nov. 4, we believe Americans will heed the better angels of their nature and recognize that the election of the eloquent Barack Obama -- whose story is a quintessentially American one of impossible odds overcome -- will best answer the pressing call of history.

It could be that Obama will be an observer, not a leader. Rather than throwing himself passionately into his causes, he will stand back. Congressional leaders, put off by his supposed intellectual superiority, will just go their own way. Lost in his own nuance, he will be passive and ineffectual. Lack of passion will produce lack of courage. The Obama greatness will give way to the Obama anti-climax.

We can each guess how the story ends. But over the past two years, Obama has clearly worn well with voters. Far from a celebrity fad, he is self-contained, self-controlled and maybe even a little dull.