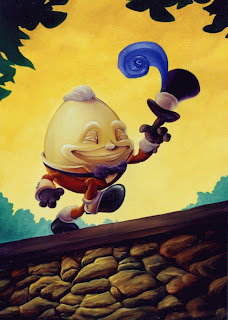 (This post originally appeared in 2007. It is being reprinted and updated for the second time this month because of the latest attack from Messrs. Van der Galiën and Steck. When in response to an earlier attack I left a comment at PoliGazette, which states that it "encourages comments from all viewpoints," it was deleted. I again left a comment. It too was deleted. I yet again left a comment. It too . . . Anyhow, we'll see if the comment I left this time survives -- SM)

The most contentious aspect of blogging is the name calling -- left against right, right against left, left and right against center, macho men against outspoken women, hardcore feminists against the world. The messages often get drowned out because of the invective directed at the messengers.

This brings me to Michael Van der Galiën and Jason Steck, bloggers whose stock in trade is wordplay masquerading as wisdom.

Michael and Jason were dressed in drag when they passed themselves off as moderate bloggers over at my other blogging home, Joe Gandelman's The Moderate Voice. This is a distinctive and vibrant community of 20 or so bloggers ranging in age from their 20s to 80s with an eclectic range of voices.

In late August 2007, Michael and Jason began to shed their moderate mufti in a striptease notable for its lack of subtlety.

They co-authored an article at The Moderate Voice titled "The Future" in which they seemingly sought to debunk rumors that no one had even heard that they were unhappy because of a perceived left-of-center tilt at TMV and were going to quit. Knowing them as i did, as well as having been burned by them as i had, this was a sure tip-off that they were up to mischief.

Michael was down to his g-string by mid September when he had one of his patented hissy fits and told Joe that he was quitting TMV because Joe had accepted an invitation to guest blog at the left-of-center Huffington Post. Never mind that Joe has guest blogged at right-of-center blogs. Michael had a convenient if transparently ridiculous excuse to bolt.

Jason, who in the role of TMV's moderator was caught red handed deleting one of his own comments about me after complaints from readers that he was being provocative and inflammatory, completed his striptease a few days later. He fired himself from TMV in a rambling email soliloquy in which he declared that "TMV is a hateful place" and attacked me for having the temerity to write with an edge.

Michael and Jason could have claimed the high ground and simply told Joe that they were move on, which would have been the classy thing to do. But when they split it was from down in the gutter where they tried to peddle their departures as acts of conscience.

Liberated of his fusty moderate garb, Jason joined Michael as assistant editor and administrator at The Van Der Galiën Gazette (subsequently renamed PoliGazette) where the blogroll has been cleansed of demon spawn like Kiko's House as Michael determinedly marches away from the center that he pretended to embrace at The Moderate Voice. Guest bloggers who don't conform to Michael's rigid political standards are disinvited and comments that take strong issue with or undercut Michael's views disappear with regularity.

Let's be clear: There are no rules to blogging except those that a blogger imposes, but a comments section is generally agreed to be a forum where people can air out their own views on a particular post, including disagreeing with it, and these sections often are the liveliest and most interesting aspects of blogs.

Not so at Michael's house, where a comment left yesterday afternoon under his reply to the initial posting of this piece by a reader who asked him if what I said was untrue was quickly deleted.

I've gotten a flurry of emails that confirm that Michael routinely deletes comments that do not stroke his outsized ego, and in at least one instance has banned a commenter altogether not because he was inflammatory, but because he had the temerity to repeatedly disagree with Michael's orthodoxy.

This is a sore point for the lad because he later stopped deleting comments to his reply but soon came to a boil when his my-way-or-the-highway policy was challenged, replying to one commenter:

"If you don’t agree with me, and if you like to bitch and complain about it at other blogs, that’s fine, but we will not tolerate you here any longer. . . .

"Jesus Chris [sic], what a fucking audacity. Unbefreakinglievable. You have no idea how greatly you anger me. And no, this comment will not be edited, because I want to make perfectly clear how low I think of the actions of you [names deleted].

"What a bunch of fucking hypocrits [sic]."

Meanwhile, Jason has been minding his own business. But Michael has been determinedly pursuing his own self-aggrandizing agenda, including contacting a journalist who writes for a newspaper in his native Netherlands after this journalist interviewed me for a story on blogging and TMV's special place in the blogosphere. Michael tried to get the guy to write a story on him and his blog.So maybe it's just jealousy? Nah.

Michael has continued to come after Joe and I in a series of snarky comments that he has left at TMV, including several in which he accused me of being a racist because of my criticism of his beloved Republican Party and Supreme Court Justrice Clarence Thomas, as well as in posts on his own blog. All are calculated efforts to advance his contention that TMV is left leaning and his blog is the truly moderate one.

Then last week, which conveniently for Michael was the week that readers could vote for their favorite blogs in the Weblog Awards, he hijacked the comments threads on two of my TMV posts, in one case picking a fight with someone who had the temerity to note that I dish out both praise and disdain across the political spectrum.

A couple of final thoughts:

Joe Gandelman is an extraordinary and extraordinarily kind man. His day job is working as a ventriloquist, and he does many shows at schools and for youth and charity groups. When wildfires forced mass evacuations in San Diego earlier this month, out went Joe with his dummies to do free shows for families relocated to Qualcomm Stadium and other shelters. What Michael is doing to Joe is calculatedly hurtful, and on this point alone he should be ashamed. But alas, Michael appears to have no shame.

Michael boasts that he wants to build the best blog in Europe, but there is an enemy lurking in his midst -- Michael himself -- who will continue robbing him of whatever gravitas he can muster as long as he continues to be so manipulative and meanspirited.
Posted by Shaun Mullen at 1:04 AM
Email ThisBlogThis!Share to TwitterShare to FacebookShare to Pinterest

I posted a comment at MVG's regarding his reply to this. Basically asking if any of what you stated is untrue.

It lasted less than ten minutes before MVG deleted it.

He's a bit touchy on the subject.

This has been so noted in an update.

The moderating style on his website is certainly a bit heavy-handed for my tastes. I know my comments have been deleted numerous times for breaking rules that seem to be very selectively enforced.

For example, calling Norman "I hope and pray we bomb Iran" Podhoretz a warmonger is out of bounds, but calling a commenter an anti-semite is perfectly acceptable.

But still... I enjoy arguing, so I keep going back.

Well Chris, it seems MVG decided deleting my comments was too much worse and decided to just ban my IP.

Then went on about how they "police comments" to maintain a positive debate environment.

Odd given his past posts about censuring people but hey, if standards are good multiple standards must be great right?

What Michael and his gang are doing is truly revolting, especially because it comes sugarcoated with the 'reasonble debate' fiction.

All my comments get caught in his spam filter, oddly, only since I objected to his argument by proclamation style: 'this is so" without explanation.

I'm probably on his enemies list, but, obviously, I can't prove it.

I give up on that site. It's comfortable only for those who are part of the group think there.

thank you for having the guts to call this guy out.

Shaun- I have had similar experiences-warnings and censorship on Michael's blog- it has gotten much worse since Jason became his assistant editor. Jason can't tolerate any criticism of Bush or of his own posts, and he and Michael now seem to only be able to respond positively to right wing posters, or those who make innocuous statements. Its a shame.

Feel bad for Joe, who definitely deserved better. Guess saying that will get me banned from the Gazette. KR

As one who was both there and on the receiving end of the Dutch lad and his heavy handed lackey I can vouch for the accuracy in your description of the events that lead up to the meltdown he's stoking over at mvdg. He thought that deleting comments would make them go away.

On the humorous side in his last attack of you he uses the screen name "Humpty Dumpty"... Maybe he should have read the story first!