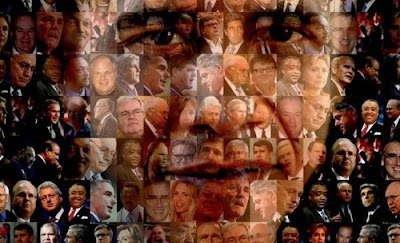 It seems to have taken forever (the seasons have changed, and changed and changed again), but this long presidential campaign is finally coming to an end. In January, with snow blanketing the trail in Iowa and New Hampshire, I wrote of the Barack Obama phenomenon: "Shake hands with tomorrow. It’s here."

I didn't mean that Senator Obama would win the election. He still seemed like a long shot to me. But it was clear that the message, style and strategy of his campaign pointed to a new direction for American politics, and that a new generation of voters — younger, smarter, more diverse, more open-minded — was anxious to follow his lead.

. . . This election is hardly over, despite the impulse of the pundits to write the McCain campaign’s obituary. But Senator McCain has diminished his chances of winning the presidency in many ways, the most important of which was his failure to grasp the most significant new trend in American politics.

With the country facing enormous problems (even before the meltdown of the credit and financial markets in recent months), the voters wanted more substance from their candidates. They wanted a greater sense of maturity and a more civil approach to campaigning. They were tired of the politics of personal destruction and the playbook that counseled "attack, attack, attack."

Senator Obama was perfectly suited to this new approach.

-- BOB HERBERT
The problem is that the reality of Sarah Palin does not match the idea of Sarah Palin. It's as plain as day — glaringly obvious! — that she's unfit for the job she's running for. We wouldn’t expect the best darn regional car saleswoman to be appointed the next vice president of General Motors. We wouldn't fly in a commercial plane piloted by someone with a Cessna license because we trusted her gut. We wouldn't follow a woman into battle because she’s a crack shot at moose hunting. Why is it unreasonable — or snobbish! — to have expected a better choice from our party for the next potential leader of the free world?

And please don't reply with, "The other side doesn’t have experience either!" That's an argument you can make without having graduated from elementary school.
-- DANIELLE CRITTENDEN
The fact of Obama's candidacy is remarkable. A black man, with a Muslim name, at this moment in the country's history? Not to mention a cerebral liberal? It seems impossible.

-- EZRA KLEIN
It was bad enough when John McCain severely damaged his electoral prospects, by nominating, as his vice president, somebody who knows virtually nothing about domestic and foreign policy...although, in Sarah Palin's case, one could argue that she at least has held elective office and grappled on some level with some issues. But the slippery slope to ignorance is indeed precipitous, to the point where now we have the unlicensed Samuel Wurzelbacher speaking at a McCain rally in Ohio - and agreeing with some audience simpleton that "a vote for Obama is a vote for the death of Israel." So said the simpleton, to which Wurzelbacher chimed in, "I'll go ahead and agree with you on that."

This is what happens when the clueless are given free rein, with the official blessing of the McCain campaign. Indeed, this episode yesterday was so egregious that it was even condemned, in clear and unequivocal terms . . . by Fox News.

The polls are lying about Obama's support. At least according to the GOP talking points dutifully recorded by The Washington Post's Michael Abramowitz.

. . . Does anyone else here smell a rat? Early voting in many parts of the country has been extensive, especially in Florida where Governor Crist has extended to 12 hours (from 8) the time that early voting places will remain open because of the turnout. Obama's rallies have attracted huge numbers of people, so large that they are unprecedented in American history, while McCain's rallies haven't even matched the turnout of those for Bush or Kerry in 2004.

Yet, somehow the polls, once again, are completely off base. Why? Well don't be surprised that the argument being advanced to question their validity is the same one that was employed in 2004 to explain the discrepancies in the exit polling: i.e., large numbers of Republicans and independents who support McCain are scared don't like to talk to pollsters.