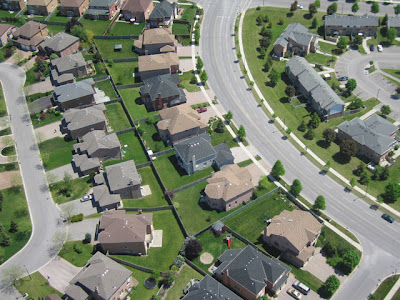 In one of those spasms of self-delusion that typically afflicts a desperate campaign, the John McCain strategy team has apparently convinced itself that (a) the candidate can win Pennsylvania, and (b) that he can pull it off by tapping his purportedly strong popularity in the four populous suburban counties that surround Philadelphia. Mindful that the Philadelphia suburbs are chock full of socially moderate, independent-minded voters, one McCain insider told Politico yesterday that "McCain is more like a (Tom) Ridge than a Bush," referring to the former two-term Republican governor, who did well in the burbs. "That gives suburban voters a comfort level with (McCain). He's a different kind of Republican in so many ways."

This is precisely what I mean, when I talk about self-delusion. The four suburban Philadelphia counties, once reliably Republican, have been steadily trending Democratic since the dawn of the Bill Clinton era, and one big reason for this -- as repeatedly explained to me back in 2004, when I interviewed a slew of ex-Republican suburbanites who had switched their registrations -- is the steady rightward tilt of the GOP on social issues. These voters were turned off by the heavy influence of the religious right, and the national party's moralistic opposition to abortion, gays, and stem-cell research.

Which naturally brings us to John McCain's albatross, the sartorially splendid Sarah Palin. Let us not mince words here. McCain became road kill in the Philadelphia suburbs as soon as Palin began to open her mouth. She embodies everything that suburban moderates have come to dislike about the GOP; she erases whatever "comfort level" those voters may once have had for McCain; she has destroyed McCain's claim to being "a different kind of Republican."

There is no state by state way to break out of the campaign's current spiral. Trips to Iowa will not do it. McCain has to go global with a big closing message. So, why not...

Strip down the state by state media budget and use the money to follow Obama's lead with a prime-time 30 minute TV address? McCain direct to camera. And for God's sake don't make it another raging attack on Obama. Instead offer a mini mea culpa for the negative tone of the last three months. Then pitch the strong bipartisan sheriff of Washington argument. A non-tax and spend liberal plan to fix economy. Offer hope and leadership.

Follow this broadcast up with two more 30 minute prime-time shows over the final week; both should be town halls with McCain in the arena facing real voters asking him very tough questions, not softballs from local GOP plants. After the 30 minutes in prime-time, let each town hall show continue for another half hour live on the internet so interested viewers can watch even more and make a web donation to the RNC. Cut the schedule down -- sorry Waterloo, IA -- to give McCain significant time to really prepare for each show. And spend big bucks to bring in top Hollywood pros and first rate production values. Risky yes, but a big message move aimed at the entire country is the best option now.

[Levi] Johnston's most startling revelation in his interview was that he's dropped out of high school to work as an apprentice electrician in Alaska's North Slope oil fields due to his impending fatherhood. Back in school, Johnston was reportedly a big man on campus, star of the school hockey team. Now he's playing out the great American loser cliche embodied by Al Bundy in the TV series "Married . . . with Children," a dead-ender doomed to a life of drudgery and bitterness by an accidental high school pregnancy. By all accounts, Johnston seemed marked for better things.

The Christian right can talk all about the blessing of life, but teenage pregnancy is really a cruel curse, and Johnston won't be the only victim here. Unless her mother wins the vice presidency, it's a good bet that Bristol Palin won't be going back to high school either. In the days before Christian morality held sway in the Wasilla school district and decreed abstinence-only sex education in high schools, Sarah Palin managed to avoid having her first baby until after she'd attended five colleges in six years and gestated a diploma.

-- MUHAMMAD COHEN
What do Ken Adelman, Chris Buckley and Boris Johnson have in common? They have all offered fairly unpersuasive endorsements for Obama that are really just indictments of McCain’s (and Bush’s) failures.

Is 2008 the most expensive election ever? Not if you use real dollars. Yes, Barack Obama is raising more raw money than any candidate ever. And yes, this is the first time an election has surpassed $1 billion. But in 1896, William McKinley spent an astonishing $3.35 million to ensure populist firebrand William Jennings Bryan got nowhere near the White House. . . .

This isn't to say the campaign finance system doesn't need to be reformed. It does. But let's keep context in mind when you hear shrill media claims that every election is the most expensive ever.

I notice that Barack Obama wants everyone to learn another language, and that Boris wants Latin to be taught in all London schools. However which will be the global language?

The British learn French, the Australians study Japanese, and the Americans prefer Spanish. Why not decide on a common language, taught worldwide, in all nations?

I think it is relevant that UNESCO will meet in Paris, on 15th December, to acknowlege Esperanto, as a living language, in conjunction with the International Year of Languages