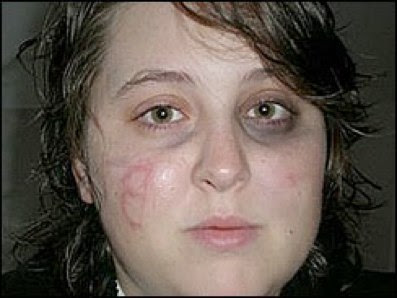 I was not initially moved to blog about the Ashley Todd affair because it stank of being phony from the jump. Furthermore, I didn’t want to add another drop to the oceans of invective that have accumulated in this most rancorous presidential campaign. But all of that changed when I was able to confirm to my satisfaction that while the McCain campaign most certainly did not send this very messed up young woman out to that ATM machine in Pittsburgh, it actively encouraged reporters to pursue her preposterous claim.

So here’s another drop of invective: Todd is not the only sicko is this drama. So are the McCain campaign functionaries who steered the news media to the story, including Peter Feldman, McCain’s Pennsylvania communications director, who made sure that reporters were aware that the “B” carved into Todd’s cheek stood for “Barack.”

And while we’re on the subject, let’s stop calling this a hoax.

To me a hoax is the Piltdown Man or the Cottingley Fairies. Sure, people get embarrassed, but no one gets hurt. In this case every black man in America got hurt, including the man that the “B” was intended to hurt.

It’s time for Feldman to fire himself. Or if he doesn’t have the guts, for someone at the national campaign HQ to give him the hook.

This was a fake from the gitgo. A real black-eye gets swollen. Hers is not. Anybody with even a little street smarts would have known it immediately, as the cops and ER staff eventually told us.

with "friends" like these, the republican party doesn't need enemies