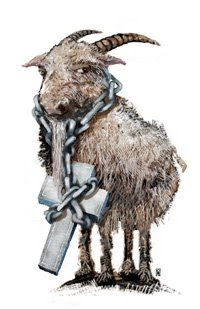 Today, the greatest threats to conservative interests come not from the Soviet Union or high taxes, but from too much individual freedom. Look around you: Americans have been poor stewards of our economic liberty, owing to cultural values that celebrate unfettered materialism. Our families and communities have fragmented, in part because we have embraced an ethic of extreme individualism. Climate change and a peak in oil production threaten our future because we have been irresponsible caretakers of the natural world and its resources. At best, the religious right stood ineffectively against these trends. At worst, we preached them, mistaking consumerism for conservatism.

All political problems, traditional conservatism teaches, are ultimately religious problems because they result from disordered souls. In the era now dawning, Americans will learn again to live within limits — and together. 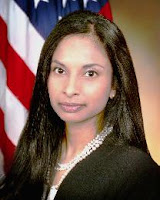 An independent federal investigation has determined that former U.S. Attorney Rachel Paulose retaliated against the No. 2 person in her Minneapolis office after he filed a complaint that she had mishandled classified materials.

The announcement by the Office of Special Counsel in Washington appeared to be a full vindication of John Marti, the first assistant U.S. attorney, who resigned his management position in 2007, along with two other top lawyers in the Minneapolis office.

I believe Trig was born to Sarah Palin. I believe Barack Obama was born in Hawaii. I believe fire can melt steel and that bin Laden’s jihadi crew — not Bush and Cheney — perpetrated mass murder on 9/11. What kind of kooky conspiracist does that make me? 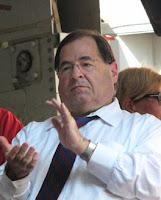 Rep. Jerrold Nadler (D-NY) plans to introduce a Constitutional amendment in the coming months to impose limits on the president's near absolute pardon power. . . .

Nadler, who two weeks ago introduced a resolution demanding President Bush not issue "pre-emptive" pardons of officials in his administration, said his amendment would bar presidents from pardoning members of their own administration for official acts. The president would retain the power to pardon the secretary of state for, say, beating his wife, Nadler said, but not for actions taken in an official capacity.
-- JUSTIN ELLIOTT

Conservatives must face reality the way Bush and Reagan did and realize that the only way to preserve our ideals may be to sacrifice them for a time and reluctantly accept government checks. Once we have gotten back on our feet again, then we can go back to doing what we do best: condemning lazy welfare queens and berating the poor for not raising themselves by their own bootstraps.

I keep thinking about that tool bag. You know – the one that the astronaut accidentally let loose while she was repairing the International Space Station last 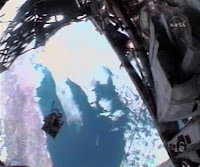 month. Now it’s in orbit, more than 200 miles above the Earth. There's even a Web site where you can track its exact location, if that's your idea of a good time. NASA figures the 30-pound bag of equipment will burn up harmlessly as it re-enters the Earth’s atmosphere sometime next June.

For now, it’s up there, floating silently and uselessly, which, if you think of government as a sort of national toolkit for protecting and improving the lives of its citizens, could be seen as a pretty good metaphor for the last eight years. Nothing ventured, nothing gained, nothing done – except with the kind of blunt hammers that see everything as a nail and cause more harm than good.