Ironically, when the economy tanked in mid-September, it was assumed that both presidential candidates could simply forget about their domestic agendas because with $700 billion drained by financial system rescues, not a penny would be left to spend on anything else.

On the contrary. With the country clamoring for action and with all psychological barriers to government intervention obliterated (by the conservative party, no less), the stage is et for a young, ambitious, supremely confident president -- who sees himself as a world-historical figure before even having been sworn in -- to begin a restructuring of the American economy and the forging of a new relationship between government and people.

Don't be fooled by Bob Gates staying on. Obama didn't get elected to manage Afghanistan. He intends to transform America. And he has the money, the mandate and the moxie to go for it.

Bush had arrived in Washington vowing to inaugurate a new, post-Clinton era of "personal responsibility" in which "people are accountable for their actions." Eight years later he holds himself accountable for nothing. In his recent exit interview with Charles Gibson, he presented himself as a passive witness to disastrous events, the Forrest Gump of his own White House. He wishes "the intelligence had been different" about W.M.D. in Iraq — as if his administration hadn't hyped and manipulated that intelligence. As for the economic meltdown, he had this to say: "I’m sorry it’s happening, of course."

Republicans are going to be in smash and destroy mode. It's really all they know. Well, that and looting.

When the history of the Iraq War is written a decade or more from now, it will include a lot more perspective that the press and the war’s foes are giving it now. It

will no doubt view events on the ground in that country as other wars have been chronicled; a mix of stunning bravery, horrible leadership, incomprehensible decisions, and the quiet, unremarkable brilliance of the ordinary US soldier in combat.

In a decade, we will also know whether the war was a net plus or minus for US interests. (To make that judgment now is folly. Example: Viet Nam, where many historians now see the war as a pivotal event in the collapse of the Soviet Union.) We will also know a lot more about the corruption, the confusion, the dishonesty, and the jaws dropping incompetence of the the Administration, the Pentagon, the State Department, and many other government agencies who had a hand in the reconstruction fiasco.

We have known for years that the Bush Administration was unprepared for the aftermath of the invasion. We’ve known about the wasted, stolen, and misappropriated reconstruction funds. We’ve known that the Pentagon was not always honest in its assessment of the progress of Iraqi security forces.

What we didn’t know until now is just how truly bad it was.

I don't know what Sen. Vitter has against GM or the United Auto Workers or the entire domestic auto industry; whatever it is, whatever he thinks we've done, it's time for him to forgive us, just like Sen. Vitter has asked the citizens of Louisiana to forgive him. He'd rather pay a prostitute than pay auto workers. 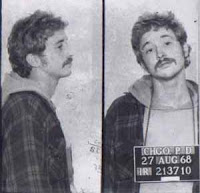 [Bill] Ayers writes that Weather Underground bombings were "symbolic acts of extreme vandalism directed at monuments to war and racism, and the attacks on property, never on people, were meant to respect human life and convey outrage and determination to end the Vietnam War." That no one was killed or injured was a monumental stroke of luck-- an unrelated bombing at the University of Wisconsin unintentionally killed a researcher and seriously injured four people. But if the point was to symbolize outrage, why not just spraypaint graffiti on government buildings or pour blood on military documents?

Spectacular violence, and creating fear of it, was the point. Along with beating people up and ridiculous escapades like running naked through white-working-class high schools shouting "Jailbreak!" It was what the Weatherpeople were all about.

Some people are whining that Barack Obama hasn't appointed any southerners to his cabinet. I guess that is sort of true. Hillary Clinton was only the First Lady of Arkansas, but she was raised in Chicago and currently represents New York. Still, doesn't she get some honorary mention as a southerner?

No president (or president-elect) can operate in a fish-bowl. On the other hand, when it comes to scandals, there is an exception and a need for extraordinary transparency. Thus, if you truly want to change the scandal paradigm, you should 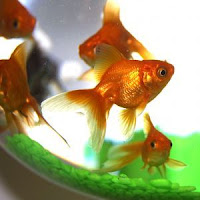 operate in a fish-bowl to show you have absolutely nothing to hide. Accordingly, I offer this suggestion for your consideration: Email all your past and present staff, all designated appointees, and any others with whom you have an informal relationship if they could have had contact with Blagojevich about your senate seat, and request they all report to you any and all such information that in any manner relates to the appointment to fill your senate seat. Instruct everyone to err on the side of too much information. In addition, tell everyone than when responding to you that they should also post their responses at your website to make them public. In short, you should insist that the public be told everything that you are told, and you should make it all available at you website - www.change.gov. Such action by you would forever change the standards of presidents in dealing with potential presidential scandals and nip this one before it can cause any more problems for your new administration. This would be a change everyone could believe in.