The Republicans not only didn't learn from the thrashing they received in the November election, they have refused to dial back even a notch or two on the mean spiritedness that repelled so many voters while embracing a position that is even to the right of Dick Cheney. 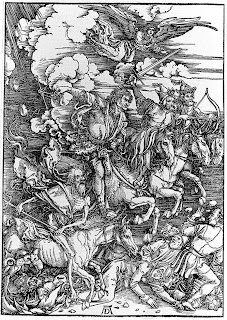 And so there were Senate Republicans this week in the 11th hour of a lame-duck session madly waving Old Glory and bloviating about free enterprise as they held a cocked gun to the heads of the American auto industry and refused to back down even after the vice president warned them that if they didn't cease and desist "we will be known as the party of Herbert Hoover forever."

When the smoke had cleared, it was obvious that settling an old score with those blue collar guys and gals who carry union cards was more important to these senators than risking the loss of another three million jobs on top of the the two million that already have gone kaplooey because of the Wall Street over Main Street economic policies they have so slavishly supported.

No surprise there. Unions have been one of the two bogeymen whom conservatives have flogged as being the cause of the economic collapse, the other being colored people (or people of color, to be politically correct) who drove America into recession because they defaulted on their home mortgages.

The show put on by Senators McConnell, Shelby, Corker and Company in blocking the bridge loan to General Motors and Chrysler recalled to mind a memorable line by the late great Murray Kempton, who wrote that "There is a certain kind of politician who stays safely in the hills during battle and then comes down and shoots the wounded."

Indeed, this was about as atrocious an example of cowardice in combat as I have seen on Capitol Hill in many moons. While these senators had rolled over when it came to lavishing hundreds of 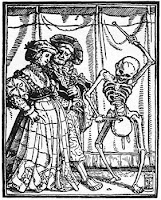 billions of dollars on financial industry execs when they peed in their sandboxes, no such courtesy would be extended to workers because the loss of jobs would be union busting on the sly (wink, wink) and a big boost to the foreign-owned auto plants in their Southern baliwicks.

All of these recidivist senators are back when the new Congress convenes, so we can expect more of the same as Barack Obama tries to muster support to pull the economy out of its nosedive, reform health care and otherwise right a sinking ship of state.

Posted by Shaun Mullen at 2:44 AM
Email ThisBlogThis!Share to TwitterShare to FacebookShare to Pinterest

Shaun,
Maybe moveon.org has not told you but the Democrats are in charge of Congress and have been for two years. Any failure on the part of Congress to pass a bill is due to the incompetence of the Democrats. Blaming anything on the Republicans smacks of Rovism.

I has taken a month for the Democratic Party apologists like yourself to begin sounding just like the Republicans in 2006.

Please blame Reid and Pelosi before you blame the minority party.

Shaun, miss you over at TMV, I wondered where you'd been and thought you might still be over here at Kiko's House.

Some people fail to concede that there are certain rules in Congress, and certain numbers that need to be obtained prior to legislation being passed. I hope that the upcoming Congress can learn something about the last 8 years, and can actually do something other than point fingers and play politics. Rove was and is always about politics first, and is never about solving real problems.

It's actually quite easy to see Superdestroyer. I'm surprised he took the trouble to come to this site.

If Reid would make these obstructionists bastards actually maintain a filibuster, live nation wide on CSPAN, then the country would see what miserable excuses for leaders they really are. No more colture votes. Make them stand up and read the goddamn DC phone book. Stop playing nice.