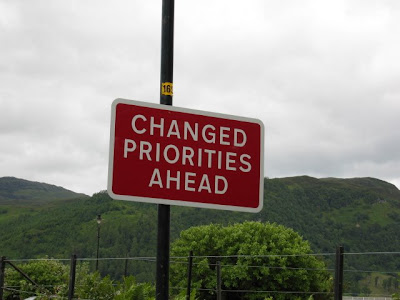 Oh, my: Barack Obama is still more than a month away from assuming the presidency, and already there are reports about "the left" being dispirited about change they no longer believe in.

These fears -- in this case expressed by a rather small number of bloggers and writers -- are aggravated by praise for Obama's transition choices from conservatives who seem relieved that the president-elect is neither Lenin nor Robespierre. . . .

[Arthur Schlesinger] concluded that [President-elect] Kennedy was seeking "an administration of conservative men and liberal measures," an intriguing notion to apply to Obama.

As it happens, Obama's team is by most reasonable tests somewhere to the left of the one Kennedy assembled. That's because reality has moved left, particularly over the past six months. When a Republican administration presides over -- let's call it what it is -- the partial nationalization of the finance industry, and when even conservatives are calling for large-scale deficit spending, the very definition of the political center needs to be revised.

Experience has come first in most of Obama's choices. What unites Daschle, Gates, Emanuel, Jones, Clinton, Summers, Geithner, Orszag, Rice, Volcker, Schiliro, and Biden is not ideology. It's relevant experience. That means that most of the choices come from either the Clinton administration or the upper echelons of the legislative leadership, as that's where the relevant experience lies. Thus the ideology of the choices reflects the beliefs of those establishments, and neither was notably liberal. 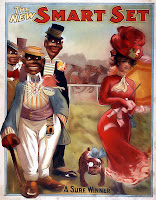 I don't know about you guys, but this whole post-racial thing is ruining my life. Before 2008, I made a decent living doing what all black writers do--telling white people they were racist. It was a simple life. I'd call up a one of my effete, liberal, New York, latte-sipping, preferably Jewish, editors and pitch my latest diatribe inveighing against the evils of Trent Lott, Giuliani and Vanilla Ice. I'd write it up in five minutes, send it in and a check would appear a month later. It was an easy care-free life. But this Barack Obama thing, this "from the snows of Iowa" bit, this whole "there is the United States of America" spiel, is killing my mojo.

The Supreme Court has dismissed a second emergency appeal questioning Barack Obama's eligibility to be president because he had dual British-American citizenship at birth.

Caroline Kennedy, the daughter of an American political dynasty, has decided to pursue the United States Senate seat being vacated by Senator Hillary Rodham Clinton of New York, a person told of her decision said on Monday.

The decision came after a series of deeply personal and political conversations, in

which Ms. Kennedy, whom friends describe as unflashy but determined, wrestled with whether to give up what has been a lifetime of avoiding the spotlight.

Ms. Kennedy will ask Gov. David A. Paterson of New York to consider her for the appointment, according to the person told of her decision. The governor was traveling to Utica today and could not immediately be reached for comment.

If appointed, Ms. Kennedy would fill the seat once held by her uncle, Robert F. kennedy.

There is an undeniable logic to what Bush is saying: Once Al Qaeda decided to make its stand in Iraq, there was a case to be made that U.S. forces had to stay and fight them there. I'm not saying that case was right, but it was a case. Nevertheless, the fact that Bush still refuses to even acknowledge what led to Al Qaeda making its stand in Iraq -- i.e. our invasion -- still manages to shock. I know it shouldn't at this point, but it does. 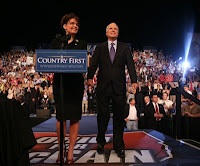 That's why it is completely absurd that on Sunday, John McCain wouldn't tell an interviewer that he would support Sarah Palin if she chose to run for president in 2012, saying "I can't say something like that. We've got some great other young governors." McCain cited Tim Pawlenty of Minnesota and Jon Huntsman of Utah. Why, then, wasn't Pawlenty or Huntsman his choice for VP?

Let's get real. In 2012, McCain is going to endorse someone for the Republican nomination who is hawkish on foreign affairs but socially and environmentally moderate. He'll endorse from the point of view of 2000 John McCain instead of 2008 presidential election John McCain. He most certainly will not chose someone who is a rabid right-wing fundamentalist Christian.

Meaning he won't endorse the person he wanted to install in the White House just a few short months ago.