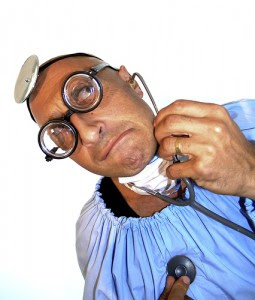 As Daschle and Obama move forward on the latter's campaign promise to provide "affordable, accessible healthcare for all", it's important that Americans think outside the box. We need to envision healthcare as a right, not a privilege, and to do this we have to stop making coverage contingent on work. In this economic climate -- with unemployment at 6/7% -- that's not a practical or ethical option.

Daschle's ideas are steps in the right direction, though many will try to scare the public into believing that more government means less freedom. Obviously, compromises will be made. In England, there is constant controversy, for instance, over the government's refusal to pay for extremely expensive drugs with limited effectiveness. These are tough issues, no doubt. But every child in England is still covered, unlike nearly nine million American kids. Our system is hardly without its moral failures.

And in the end, a healthcare programme that is not profit-driven actually creates more choices than it prohibits. In Britain, you can quit your job and go back to school without worrying about accidents and illnesses. You can even write that novel. You can also stay home with young children. And if you want to leave an unhappy or abusive marriage, you can do that too without the fear of putting your own health and the health of your children in jeopardy. These options are unavailable to most Americans, but they can be if we keep an open mind as this debate progresses. 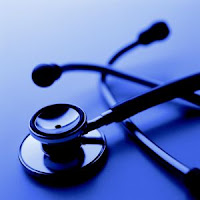 While extremely dubious of further nationalizing our system, I agree that a UK-style system is incredibly unlikely to emerge here and we're much more likely to have a public-private hybrid that simply leans ever more public. I'm not philosophically opposed to the idea, since health care isn't a pure market (there's little elasticity of demand, for one thing) and the current system is incredibly inefficient. But I do fear disencentivizing research and the provision of cutting edge resources and the general DMV-ization of health care.

-- JAMES JOYNER
Although the number of uninsured and the cost of coverage have ballooned under his watch, President Bush leaves office with a health care legacy in bricks and mortar: he has doubled federal financing for community health centers, enabling the creation

or expansion of 1,297 clinics in medically underserved areas.

For those in poor urban neighborhoods and isolated rural areas, including Indian reservations, the clinics are often the only dependable providers of basic services like prenatal care, childhood immunizations, asthma treatments, cancer screenings and tests for sexually transmitted diseases.

As a crucial component of the health safety net, they are lauded as a cost-effective alternative to hospital emergency rooms, where the uninsured and underinsured often seek care.

Despite the clinics' unprecedented growth, wide swaths of the country remain without access to affordable primary care. The recession has only magnified the need as hundreds of thousands of Americans have lost their employer-sponsored health insurance along with their jobs.

While a lively debate is expected in coming months over the mechanisms of reform, the most important goals seem clear: Health coverage for all. Reorganization of the delivery of care. Reform of the payment system. Government leadership.

It's time for Americans to come together and fix our broken health care system.
-- BALTIMORE SUN

One underappreciated difference between 1993 and 2008 is how insurers have neutralized, or at least changed, the question of choice. In 1993, the promised restrictions of the Clinton proposal promised a real, and unpleasant, change. But those restrictions were not, in fact, the result of government taking over health care, but of government giving health care over to HMOs. The threatened consequences of ClintonCare were in fact the promised innovations of managed care.

Clinton's plan failed, of course. But the managed care revolution did not. HMOs ripped across the land, creating networks and denying treatments and imposing "gatekeepers" and generally doing exactly what they promised: Managing care.

Which meant restricting choice. HMOs proved as unpopular in private practice as they were in the Clinton plan. They did much to cut spending growth, but consumer backlash had partially neutered them by the turn of the century. Now they annoy rather than deny. They make health care unpleasant, and they restrict choice, but they don't hold down costs.

These are not, in other words, the innocent days of the early 90s. Your insurer is not your friend and your doctor is rarely your choice. In 1993, government really was selling a more restrictive, technocratic system. In 2008, government is a plausible counterweight against those who implemented that system anyway. This has changed the politics of health care reform in ways that I don't think many appreciate quite yet.

A survey of 32,000 Americans by the National Center for Health Statistics, released earlier this month, suggests that 38% of adults use some form of "complementary and alternative medicine," or CAM -- now aggressively promoted for everything

from Attention Deficit Disorder to the Zoster virus. The survey polled consumers on 10 provider-based therapies -- for example, acupuncture -- and 26 home remedies, such as herbal supplements.

Hundreds of colleges operating in all 50 states offer coursework in sundry CAM disciplines. Many more advertise online. Typical is the Global College of Natural Medicine, which is somewhat more welcoming than traditional medical schools: Its literature cheerfully advises that even "if you do not hold a high school diploma or equivalent you can still enroll online today." A 60% grade on an admission exam puts you on the path to becoming a nutritional consultant, master herbalist or holistic chef for animals.

This should be a laughing matter, but it isn't -- not with the Obama administration about to confront the snarling colossus of health-care reform.