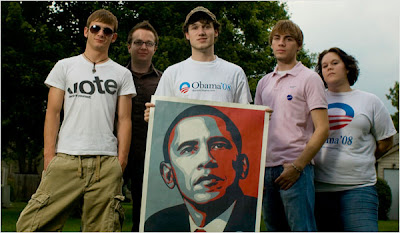 Bill Clinton, former aides say, worked hard for his Cabinet that "looks like America," and reached outside the normal establishment channels for some of his picks. George W. Bush, reaching into a less diverse GOP, did the same in some cases.

Sixteen years later, Obama hasn't had make any apparent special effort to avoid having a cabinet dominated by white guys: People like Susan Rice, Steven Chu, Eric Shinseki, Hillary Clinton, Bill Richardson, Janet Napolitano, and Eric Holder are obvious choices, with their own power bases, relationships with Obama, and/or establishment credentials -- some earned at high levels of the Clinton administration -- that the notion of a special effort to ensure diversity at the top level of this administration seems sort of irrelevant.

The Obama citizenship smear hasn't gained traction in mainstream conservative circles, but this is exactly the kind of stunt the left will use to tar all conservatives and silence legitimate criticism of Obama and his policies. We need to be vociferously calling out people who traffic in this nonsense.

In Chicago politics, the traditional route to political success has gone through the office of a ward committeeman, whose clout makes or breaks careers. But when Obama first ran, he was a lone wolf — a Harvard-educated, former community 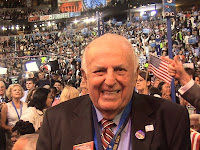 organizer beholden to no one. He drew support with the same undramatic, commonsense stump style he showed on the presidential trail.

Throughout his political career in Illinois, Obama has racked up wins without big-name endorsements. He won the Democratic primary for the U.S. Senate in 2004 without the support of many party power brokers. And he didn't get help from Mayor Richard Daley when he won his first election — his state Senate seat in 1996.

Obama had the advantage of representing the Hyde Park area, home to the University of Chicago and a long tradition of independent politicians. One of them is Obama's mentor, Abner Mikva, a former congressman and federal judge.

"The guy is a progressive and is more or less reform-minded," Rose said. "He doesn't need to be a machine guy. The fact that he chose Hyde Park to live in, the fact he chose to work in ... a law firm that had taken on City Hall shows he made his choices outside of the machine and in some cases, with opponents of the machine."

Republicans can crow all they want about how they are letting the "free market" reign, but the free market doesn't vote. Everyday people, who understand the Republican Party opposed a bailout of their industry because the screws being twisted on them weren't being twisted enough, well, they do vote.

In handling questions about the arrest of Illinois Gov. Rod Blagojevich . . . Obama has gone strictly by the book. His statements have been cautious and precise, careful not

to get ahead of the facts or make declarations that might later have to be retracted.

For most politicians, that would be good enough. For Obama, who inspired the nation with a promise of "change we can believe in," it's not.

The scandal involves Obama in only the most tangential way, as far as anyone knows, and actually seems to cast him in a favorable light. But the longer he leaves obvious questions unanswered, the longer the president-elect will have to talk about the seamier side of Illinois politics rather than initiatives such as saving the U.S. auto industry or revamping health care.

Gov. Palin, to some extent, pushed the party more to the right, and I think she had something of a polarizing effect when she talked about how small town values are good. Well, most of us don’t live in small towns. And I was raised in the South Bronx, and there’s nothing wrong with my value system from the South Bronx.

[Y]ou have to wonder how much a Senate seat costs. Well, I did some quick back-of-the-envelope calculations.

First, Senators make a base salary of $167,100. Assuming a person joined the Senate at age 44 and stayed for two terms, and adjusted for 2% inflation with a 2.7% discount rate (10-year treasury), the net present value would be about $1.9 million.

But membership in the Senate carries more than just a salary. After two terms in the upper chamber, a retiring Senator can become a well-paid lobbyist. Assuming a very conservative base salary (in today's numbers) of $318,362, a Senator-turned-lobbyist could make about $4.5 million over another 12 years.

But that's not all, Senators are given a lifetime pension starting at age 62. The average annual pension is currently $60,972. If payments started in 18 years and continued until death at 84, the total amount received would be about $1.8 million.

If you discount everything back to today, the net present value of the Senate seat would be about $6.2 million.

Not bad for a public sector gig.

[C]ongressional Republicans in general are inclined to fight Barack Obama on at least one cabinet nomination, and they're getting closer to going to war over Eric Holder, Obama's choice to be the next attorney general.

With dripping disdain, he sniffed at her "frayed syntax, bungled grammar and run-on sentences." He called her "the serial syntax-killer from Wasilla High," "one who seems to have no first language." I will pass over Cavett's sniggering dismissal of "soccer moms" as lightweights who should stay far, far away from government.

I was so outraged when I read Cavett's column that I felt like taking to the air like a Valkyrie and dropping on him at his ocean retreat in Montauk in the chichi Hamptons. How can it be that so many highly educated Americans have so little historical and cultural consciousness that they identify their own native patois as an eternal mark of intelligence, talent and political aptitude?

[I]t's a lack of historical consciousness that causes people to think that spoken English should be coherent and comprehensible. No one should be concerned about declining standards or setting an atrocious example for those learning how to use their own language. Poor grammar and disjointed sentences aren't lamentable signs of cultural deterioration -- they’re just "colloquial locutions"! In other words, Cavett's criticisms of Palin's use of language were entirely accurate, but are supposedly too fusty and 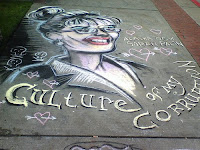 outmoded for the hip blogspeaking kids . . . and Camille Paglia. Does she think that it is a tribute to Palin to say that her "exuberant" way of speaking is "closer to street rapping than to the smug bourgeois cadences of the affluent professional class”? To hear Paglia tell it, Amy Poehler did not need to perform a Palin rap song on SNL -- we need only listen to Palin’s interview excerpts to hear the sounds of the street . . .or are they the sounds of Wasilla's Super Wal-Mart parking lot?