The Only Thing Israel Is Good For Anymore Is Chest Thumping


It is terrifying that Binyamin Netanyahu probably will be the next prime minister of Israel.

It is terrifying because Netanyahu is a man in the Dick Cheney mold, the only 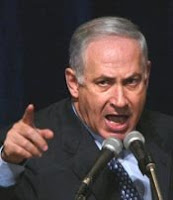 difference being that while Cheney likes to start wars, the Likud leader likes to grab land, and the gravest threat to Israel's security is not Palestinians or Iranis, but its own outlaw settlers. (For good measure, Bibi wants to postpone Palestinian statehood indefinitely and bomb Iran.)

It also is terribly sad because while I believe that the chances of a permanent Israeli-Palestinian peace settlement remain slim as the ongoing holiday hostilities remind us, the ascendancy of an Barack Obama-Hillary Clinton foreign policy team provides the best opportunity for that in a long time.

As complicated as the Israeli-Palestinian relationship is, there are two very simple truths about it: Without the withdrawal of Israel from the Occupied Territories there can be no peace. And without peace between these historic foes, there can never be peace in the Middle East. 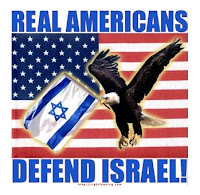 Among the more bitter ironies of the last eight years, it would be hard to beat the Bush administration when it comes to enemies of Israel.

I state unequivocally that I would sacrifice my life to defend my Jewish brothers and sisters. But once the bloody intransigence of Hamas and Hezbollah are noted, the 60th anniversary of the Israeli state this year was bittersweet because of the Jewish neoconservatives who hijacked the Bush presidency.

happen to in a very long time because their fantasy of creating democratic, which is to say pro-Israel and therefore pro-Western states, in the was predicated on bellicosity and built on a willful ignorance of Arab and Muslim history.

That has been so abundantly apparent in , the first state where the neocons meddled. The result has been a slow-motion disaster that has taken many thousands of lives, been a sucking chest wound on the American economy and made Israel less safe, less able to leverage its interests, and the region as a whole less stable even as American troops begin withdrawing from Iraq.

The timing of the Perle-Wolfowitz wet dream, coupled with the ham-handedness of Condoleezza Rice, the most inept secretary of state in decades, could not have been worse for brought out its worst elements like Netanyahu, not surprisingly neoconservative in nature, and with friends like the Bush White House, who needed enemies?

The U.S.-Israel relationship desperately needs a drastic overhaul. And while I hope that the new administration has the cojones to shake things up, I'm not optimistic that it will because the Israel lobby is so adept at pushing buttons in Washington, or when that fails screaming anti-Semitism.

The first thing that Obama and Clinton need to do is to make it clear to Netanyahu -- the likely successor to Ehud Olmert in the February elections -- that Israel has to begin rolling back to its 1967 borders.

This will entail removing most of the settlers from the occupied territories, including the West Bank, where the settler population has doubled to over 270,000 since 1995. Bibi will, of course refuse, but that is where the new American team has to

draw the line because no Israeli government, let alone one led by a hard head, will have the political will to begin disbanding settlements.

The next thing will be to predicate American aid to Israel and the Palestinians on both entities dialing back the bellicosity. The Hamas rocket attacks that triggered the Israeli offense are unforgivable, but the impression grows that the the calculated overreaction to Hamas is as much an effort to expunge memories of the botched 2006 war against Hezbollah in Lebanon.

And let's not forget, as most commentators have, that Israel has blockaded Gaza for the past year, which is an act of war plain and simple.

The next several days will follow an all-too-familiar pattern of pointless finger pointing and messages sent but not received: Arab states will pile on Israel. Washington and a few other Western governments (certainly many fewer than in the past) will rush to Israel's defense. The price of oil will spike. The radical Palestinian leadership will bury their dead but determinedly not learn from the errors of their ways while their people sink deeper into hopelessness.

And the Israelis, who long ago squandered their moral superiority by building settlements while oppressing the Palestinian people, will revel over their big dicked but small-minded chest thumping.

thanks shaun for having thoughts. A lot of people/journos are fatigued over this latest... I appreciate that you still are bristling with ideas. I sense deeply a still underground shift re USA automatic support to Israel. The capital of sympathy brought to those who suffered in the holocaust/ survived it... cannot stand when people see films of literal bulldozing of already impoverished Palestinian family homes and takeovers of their family land by some Israelis. The parallels between Kristallnacht and subseuquent seizure of lands, destruction and occupation of merchants' land, and marginalizing jews into ghettos... surely, surely.....

I note the shift because I sense deeply that many in the USA, including many jews are concerned about speaking what they think aloud for fear of being attacked as being anti-Israel.

That seems a harbinger that something is wrong when family members cannot speak their piece to one another.

Like you S-man, I would protect the assiled. It is harder to protect gobiernos who have only one answer to everything: More. More. Rather than parity.