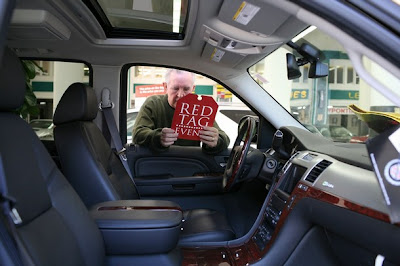 With the $14 billion bridge loan to General Motors and Chrysler effectively dead and those automakers nearly out of cash, it may not be too soon to pose a very big question: Who Lost Detroit?

The White House may yet step in and use money from the $700 economic stabilization package to prop up the automakers, but the question is worth answering anyhow:

Detroit lost Detroit, of course, with an assist from its helpmates in Congress who repeatedly coddled automakers over the years by keeping fleet gas mileage averages ridiculously low, thumbing their noses at environmental concerns and blithely 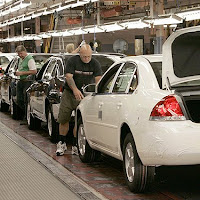 ignoring the impact of globalization.

Although I reluctantly came around to supporting the bailout, I found myself agreeing with Mitch McConnell, the Senate Republican leader, when he noted in the waning hours of the debate that a bailout for a specific industry flew in the face of the stabilization bill. But McConnell and his fellow GOP thugs were not content to leave it at that, tying a United Autoworkers Union wage concession rider to the bridge-loan bill: Our price for support is nothing less than a rollback of UAW wages to match those of non-union autoworkers in the South.

Republicans have had it in for UAW workers all along, speciously claiming that they made $70 an hour (true only if you add in benefits and such for the most senior workers), but this last-minute grandstanding was appalling in its mean-spiritedness. Does this mean that Republican support for health-care reform will be contingent on the wages of unionized registered nurses being rolled back to those of non-union RNs?

Next question: Can GM and Chrysler survive the month?

A little noticed provision of the bridge-loan bill is that it would have banned automakers from suing states over greenhouse gas emission standards.

California, which wants to implement stringent emission standards, is Exhibit A in that regard. Detroit has fought in the courts for four years to turn aside the standards even though the business plans submitted by GM and Ford in connection with the bailout show that they are fully capable of meeting if not exceeding those standards. Duh!

The legal argument against the standards is disingenuous: California cannot pre-empt federal authority. But although three federal courts already have rejected that claim, it has continued to have the support of the Bush administration.

General Motors is so desperate that it is practically giving stuff away. 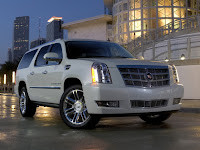 If you're a buyer, you might even get lucky and have a company around to honor their warranty.