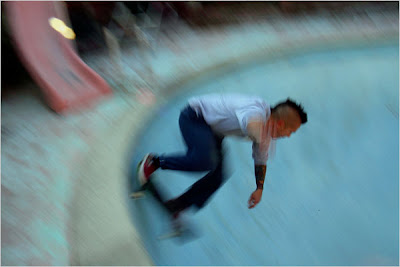 It's the end of an era. We know that 2008, much like 1932 or 1980, marks a dividing line for the American economy and society. But what lies on the other side is hazy at best. The great lesson of the past year is how little we understand and can control the economy. This ignorance has bred today's insecurity, which in turn is now a governing reality of the crisis.

Go back to the onset of the crisis in mid-2007. Who then thought that the federal government would rescue Citigroup or the insurance giant AIG; or that the Federal Reserve, striving to prevent a financial collapse, would pump out more than $1 trillion in new credit; or that Congress would allocate $700 billion to the Treasury for the same purpose; or that General Motors would flirt with bankruptcy?

In 2008, much conventional wisdom crashed.

Now that I've mastered the ability to set the alarm clock on my cell phone, I can face 2009 with head held high.
-- ME 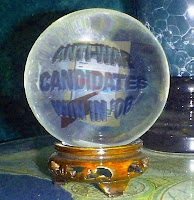 The crystal ball in Times Square won’t be the only one dropped in 2008, as the GOP once again saw their rosy predictions defied by the will of the people. As 2008 draws to a close, we’ll be bidding a not-so-fond adieu to several Republican assclowns in both Congress and the White House. No doubt, on January 20th, Washington, DC street sweepers will be cleaning Pennsylvania Avenue of discarded shoes that were riotously flung to salute the end of our third Bush term (hereafter referred to as the Third Reich) that ended not with a bang but a wingtip.

-- JURRASICPORK
2008 was like herpes, very hard to get rid of. 2009 will be worse, trust me, as Bernie Madoff used to tell the suckers. This one, incidentally, is not over. The greatest scam ever perpetrated will go on and on. Madoff was not alone, and if the crooks in the SEC who turned a blind eye to his Ponzi scheme are ever forced to come clean, some pretty big names will hopefully end up in striped suits sewing buttons. 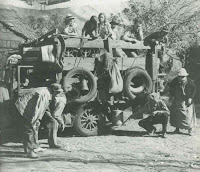 With car sales at a crawl in 2008, and worse numbers projected for 2009, the auto industry is a depressing place. It's worse for the domestic companies, whose leaders should have driven to Washington in the Joads' Dust Bowl truck to plead their poverty case.

Yet the cars themselves are solid, if only people had the cash, credit and confidence to buy them. And while the overnight shift from trucks to cars caught everyone by surprise, the industry has no choice but to dance with the cars that brought them, at least until new faces arrive. 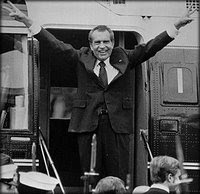 Those years are like bookends to our times, when one period of American life ended and another began.

After Democrats held the White House for 28 out of 36 years, the ground shifted in 1968 and, for 28 of the following 40, Republicans took control.

Back then, Democrats were losing their grip on power after a disastrous war and years of domestic upheaval that were stirring fears about social stability in the face of new ideas about gender, race and conventional morality.

Now the Bush years have discredited the backlash of neo-con politics that brought another miserable military misadventure and the rollback of many hard-won individual rights in the name of keeping us safe from terror.

Once again, American politics are at a turning point and, even in the midst of economic misery, Barack Obama embodies hope for something better than what we have had for a long time.
-- ROBERT STEIN 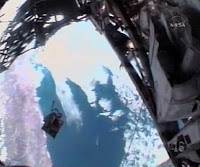 Adding to the year-end gloom is a congressionally appointed bipartisan commission on terrorism, which releases a troubling report asserting that there is an 80 percent chance that within the next two years, a major U.S. city will be struck, with devastating consequences, by "an 18,000 mile-per-hour tool bag from space."

The point is, if you have any money left, you should spend it soon.