Where Does Detroit Go From Here? The collapse of one or more of Detroit's Big Two and a Half may end up being a pimple on the ass of what is shaping up to be an economic calamity perhaps not on the scale of the Great Depression, but pretty damned awful. But for the time being a potential collapse remains the story even as the White House issues fresh assurances that money will be found for the $14 billion bridge loan that died an agonizing death in the Senate last week.

Unlike the scandal involving a small-dicked governor and other big news of the day that does not involve thrown shoes, the fate of General Motors and Chrysler (Ford seems okay for the time being) has an extraordinary resonance.

Here, after all, are two lynchpins of American capitalism whose automobiles generations of us came home from the hospital in, drove to our senior prom and our grandparents' funerals that may not make it until the end of the year. I daresay that the collapse of the world's largest toilet seat manufacturer would not be quite so traumatic although we have spent countless hours riding its products.

I have been all over the place on whether or how to save the domestic auto industry but eventually came down on the side of the bridge loan -- or alternately an infusion from the $700 billion economic stimulus package that appears in the offing -- for the simple reason that unlike those southern fried Republican senators for scotched the bridge-loan bill, blaming assembly line workers for the incorrigibility of the guys with big offices and executive jets was wrong. Yet there has to be a point where Washington stops throwing my money at Detroit's problems and for me that is January 20, not coincidentally the day America turns over a new leaf as Barack Obama is sworn in as president after (irony alert) taking a train to Washington.

GM and Chrysler must be ready to turn over their own new leaves with a viable business plan by then or do what a lot of people smarter than me have been advocating -- declare bankruptcy.

* * * * *
While there are questions about whether consumers would buy cars from bankrupt manufacturers, the appeal of Chapter 11 is two fold: It would protect the automakers while they reorganize and even more importantly, in theory it would force them to make a fresh start rather than continuing to struggle to meet past obligations.

This is the argument of Nobel laureate economist Joseph Stiglitz, who argues that: 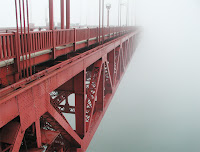 "It is more plausible that confidence will be restored if the industry is freed of the burden of interest payments and is given a fresh start. Modern cars are complex technological products and the US has demonstrated its strength in advanced technology. US workers, working for Japanese carmakers, have shown their hard work can produce cars that are desirable. America’s managers too have demonstrated their managerial skills in many other areas.

"The failure lies with the managers of U.S. carmakers and America's financial markets, which failed in their oversight and encouraged short-sighted behavior. The "bridge loan to nowhere" -- the down payment on what could be a sinkhole of enormous proportions -- is another example of the short-sighted behavior that got us into this mess."

* * * * *
Among the least difficult of the automakers' many problems to solve is overcapacity -- having more plants and more workers than are needed. That is true of dealers, too.

In fact, by one estimate, there are probably 20 million units of overcapacity in the

global auto industry. That is, the industry can build more cars and trucks than there are people to buy them, in part because it has become so much more efficient in making them. GM is the U.S. loss leader insofar as overcapacity.

Note that I said "least difficult," not least painful, because closing plants will result in a loss of jobs. But not 3 million, okay?

* * * * *
For sheer meanness, it would be hard to top the demand of that klavern of Republican senators from southern states with healthy foreign-owned assembly plants that the United Auto Workers take wage cuts now or the bridge-loan bill would die. Which it did.

But it also made bad business sense: Why would you force brutal wage cuts in the middle of a recession? And why would you force them now when the UAW had agreed to wage concessions by 2011 that would bring them more in line with those southern workers?

As it is, Michigan already has run out of money to pay unemployment claims and other states are not far behind.

* * * * *
The suffocating sound you hear amidst the cries of anguish from Detroit is the last gasp of the "Buy America" campaign. products (because they had none), Detroit's most effective response to the Japanese invasion in the 1970s was that true-blue Americans would never buy a Datsun, Honda or Toyota.

It worked for a while, but then one day in 1978 my mother called me with some shocking news: There in the carport next to her Chevrolet station wagon was a used cream-colored Volkswagen Super Beetle. My patriotic father, who was a little embarrassed about it at the time, had traded in his sleek Camaro for a frumpy German. Hondas and Subarus followed.

* * * * *
My father, like many other Americans, gravitated from automotive whales to dolphins, but Detroit just wasn't into making small cars.

cared about fuel economy, which was kind of sort of true back before the Japanese invasion. But a much better explanation is that the companies that embraced small cars like this Rambler Deliveryman were chronically undercapitalized and their products were not particularly thrifty or stylish.

Long story short: Detroit ceded the compact car market to foreign companies early on and never really tried to take it back.