Tales From the Creche: Who Would Jesus Pardon & Other Stories Of The Season 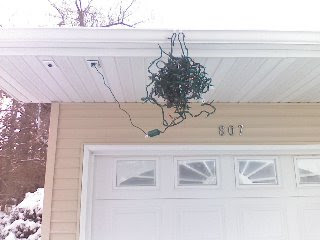 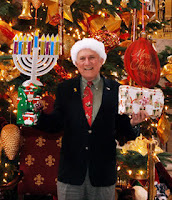 There always is plenty of seasonal comedy at your local multiplex, but if you like your laughs live it would be tough to beat what's been going on at the state Capitol grounds in Olympia, Washington.

It began innocently enough when a church group asked to display a Nativity scene. A creche-contrary athiest group got into the act with its own display and then a Jewish group with a menorah.

This display frenzy flushed a group of right-wing crazies from under a bridge somewhere who demanded that it be allowed to erect a sign that reads "Santa Claus will take you to Hell."

Not to be outdone, "Seinfeld" fans asked that space be reserved for a Festivus pole. Then came a 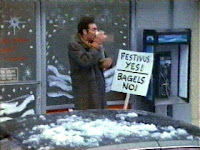 request for a "Flying Spaghetti Monster" display from creationism spoofers, a Buddhist request for their own display, and finally a group proffering a goodwill message from Christians to atheists.

The "Hell" sign alone provoked 15,000 phone calls to the office of Governor Chris Gregiore, and so in an executive decision that drew further howls of protest, the line was drawn: Creche okay. Atheist display okay. Menorah okay. Other displays not okay. At least not during this season of goodwill toward men.

"The Christmas Song" ("Chestnuts roasting on an open fire," etc.) can bring tears to my eyes 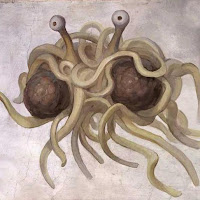 because it was a favorite of my late father, who did a pretty good job of keeping up with Andy Williams after a couple of Scotch old fashioneds.

But I do not have similar warm feelings about more contemporary holiday songs, and I'm with octogenarian blogger Helen Philpot in declaring that a dismal piece of crap called "Christmas Shoes" is the worst of the worst:

"The holidays are upon us and many of you are asking about the War on Christmas. I wasn't aware the holiday was under attack but with George Bush still in the White House war for any reason against any government or institution is certainly possible. . . .

song called 'Christmas Shoes.' Certainly you know the song. They play it every hour on the hour this time of year. Who in their right mind wants to hear about a small boy spending his allowance to buy a pair of shoes for his mother so that she’ll look nice for Jesus when she (apparently) dies on Christmas day. Talk about a war on Christmas. The boy is about to lose his mother on Christmas and someone convinced him that Jesus gives a rat's ass what shoes she’s wearing. If you want to save Christmas call your local radio station and ask them to please stop playing that song." 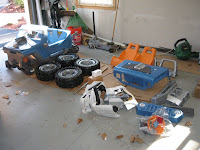 If you are a parent, you haven't lived until you are confronted with a "some assembly required" task in the wee hours of Christmas morning, my own particular favorite being the need to file metal burrs from every nut on my young daughter's first two-wheel bike. This task was not made any easier because my workshop was unheated, we were in the first hours of a blizzard, and the wind chill was below zero.

* * * * *
How many times have you gotten gifts that you really didn't want and even as a grown-up could barely hide your disappointment? Aussie blogger Sam de Brito knows: 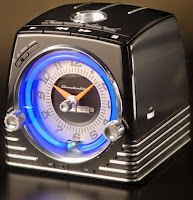 "Is there a more deflating feeling on Christmas morning than opening a much-anticipated gift from your one and only and she's bought you an overpriced clown shirt she thinks you'll 'look hot in' but will get you bashed at your local?

"For people who claim to know us intimately, girlfriends and wives seem to stuff it up regularly, buying presents for an idealised partner who loves tennis, considers bushwalking romantic and farts the clean, green gas of vegetarianism. Many women look at their man's Christmas the way good-intentioned aid-workers do a war-ravaged third-world country: a chance to rebuild, better than before . . . with sanitation.

"It's the old game played every Christmas of 'What We Want and What We Get': instead of a Playstation (you're too old for that stuff!) we cop a retro clock radio 'because it'll look cool in our bedroom'."

Oh, and by the way, Happy Holidays!
Hat tip to Group News Blog for the top photo
Posted by Shaun Mullen at 1:30 AM
Email ThisBlogThis!Share to TwitterShare to FacebookShare to Pinterest