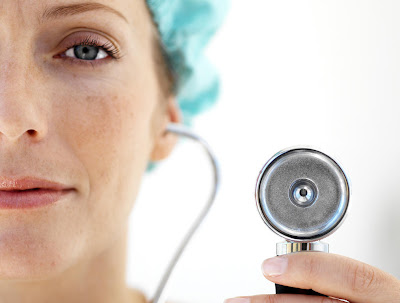 Of all of the 11th hour mischief worked by the Bush administration, the so-called "Conscience Rule" protecting health-care providers who oppose abortion and other medical procedures on religious or moral grounds is the most unconscionable.

One of President-elect Obama's first acts should be to begin the process to undo this damaging regulation.

Posted by Shaun Mullen at 1:13 AM
Email ThisBlogThis!Share to TwitterShare to FacebookShare to Pinterest

ONce again you demonstrate that reporters will not do background fact gathering it those facts will disagree with their knee jerk reactions.

Catholic Hospitals have never done abortions and most OB/GYN's do not perform abortions. Do you really think that President Obama wants to take on the Catholics over this.

Also, i thought slavery had been outlawed. Why is medicine the one field where the governments feels that it can force people to do things against their will?

ETHICAL CHOICE - I don't think anyone should do something to which they are morally opposed. Medical professionals should not perform abortions or give transfusions or cut into flesh if their religious or moral beliefs forbid such actions. Just as if one is morally opposed to handguns; which are only used for murdering other people; and one is a Fireman - perhaps one would not want to put out the fire at the house of a gun owner. If that is ones choice that is fine. The way one exercises that choice is by finding another profession.