The Pastor & The Great Liberal Letdown 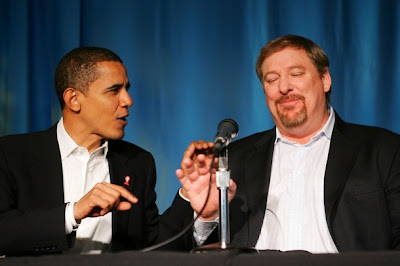 The great post-election liberal letdown continues apace with the beyond controversial announcement that evangelical poobah and gay basher Rick Warren will deliver the invocation at Barack Obama's inauguration.

I wouldn't invite Warren to take out my garbage. That's because I have a thing against televangelists and the soma-like hold their have on their mega-church flocks, let alone Warren's repellent views on homosexuality.

in the body politic "where we can disagree without being disagreeable," the invitation extended to the leading evangelical and most adept religio-political game player this side of the Holy Gates is more about being shrewd than being open and inclusive. After all, Sarah Palin and Hugo Chavez are not on the inauguration guest list, while Paul Weyrich won't be coming either.

But unlike many liberals who are deep breathing into paper bags over Warren, I accept the president-elect's determination to reach out to evangelicals, a core GOP constituency, even if he risks the animus of his constituency.

This is just not the right fight to pick. There will be others soon enough that are.

Yes, Obama is being shrewd -- and cynical and a few other things, as well -- but it's long past time that liberals realize that the yellow brick road is paved with pragmatism and has some potholes and minefields, as well.

That shrewdness also is evident in Obama's cabinet selections.

Some liberals are having trouble accepting the selection of not-so-green Tom Vilsack to be Agriculture secretary and not-so-tree-huggerly Ken Salazar to be Interior secretary. Me too, and it's not for nothing that traditional farming and oil and mining interests are effusive in their praise of the two men. But they will be reporting to Obama and not Cargill and Exxon Mobil, so also we need to chill about those picks. 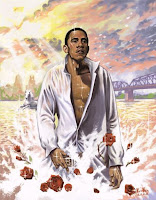 Nevertheless, I find myself on the horns of a dilemma:

The purity test to which some liberals insist on holding Obama as he cobbles together what is shaping up to be a welcome contrast from the Bush administration is silly and smacks of right-wing self-righteousness. Still, the selection of Warren is difficult to swallow.

I never thought that Obama walked on water, but I can understand the feelings of betrayal among those who did. Then there are the gays and lesbians who expected more from a civil-rights president and better damned well get it once he takes the oath of office.

Finally, and Obama's motivations aside, this episode is a sad reminder of how religion has insinuated itself so deeply into politics. Billy Graham's visits to the White House over the decades now seem positively quaint, don't they?

Superdestroyer -
Says who? You are allowed to say whatever you want (unless you cross the line into libel or inciting a riot) in this country. If you can't handle people's reactions to what you say, that's a whole other thing.

One can only hope that the man giving the closing will expose Warren as the hate mongering bigot and Christian fraud he really is.