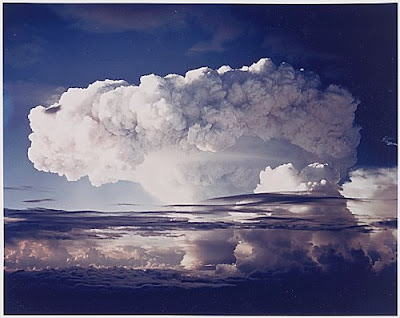 There is an air of disbelief around a New York Times story today that John McCain, who has the insidious Phil Gramm advising him on the economy and the toxic Charles Black plotting his campaign strategy, is turning to the very same neoconversatives who drove the White House wagon off the cliff to advise him on foreign policy.

Disbelief as in The Times seems hardly able to comprehend that McCain, the increasingly befuddled un-maverick who extols his decades of national security and foreign policy experience as his biggest asset, would do something so stupid.

Among the neocons are Robert Kagan, Max Boot and John Bolton, who between them have probably dispensed more bad advice and created more misery and animosity among the U.S.'s allies than any trio short of Dick Cheney, Donald Rumsfeld and John Yoo.

Lawrence Eagleburger, secretary of state under Bush père, tut-tuts that:

"It maybe too strong a term to say a fight is going on over John McCain's soul, but if it’s not a fight, I am convinced there is at least going to be an attempt. I can't prove it, but I'm worried that it’s taking place.

"There is no question that a lot of my far right friends have now decided that since you can’t beat him, let’s persuade him to slide over as best we can on these critical issues."

McCain tells The Times not to worry because he surrounds himself with a wide range of people.

Bomb bomb bomb, bomb bomb Iran.
Posted by Shaun Mullen at 11:33 AM
Email ThisBlogThis!Share to TwitterShare to FacebookShare to Pinterest

Neocon has become a meaningless term used by liberals against conservatives in a transparent dodge to avoid invoking Godwin's Law. It is used as shorthand notation that encourages one to wink and nod, expressing accordance with the conventional wisdom. Everybody that matters knows ...

The people you characterize as neocons have all explicitly objected to being pigeon-holed in this manner. Max Boot, Robert Kagan, John Bolton all use sophisticated reasoning that you may disagree with. In fact, they are all conservatives of one stripe or another, and they are all in favor of the exercise of American power in pursuit of American interests.

So what is a neocon? Is it code for warmonger? Seems to me, it used to refer to former liberals who had, as Bill Kristol says, been mugged by reality -- meaning that they had come to believe that policies had to be effective, not just agreeable.

Larry Eagleburger has it all wrong when he suggests that there is a fight going on over McCain's soul -- he doesn't have one.