Neil From Buffalo Makes a Confession 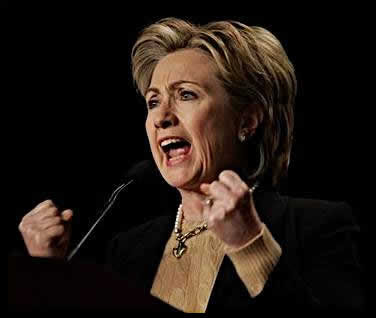 Our friend Neil is a member of Hillary Clinton's core constituency: A 66-year-old blue-collar worker and Roman Catholic with a high school education from Buffalo, New York, a gritty Rust Belt city, who was a Navy medical corpsman.

Neil voted for on Super Tuesday because he believed that she had the requisite experience and the "balls," as bluntly put, to lead the out of the Bush Era swamp and restore its rightful place in the community of nations. He said that Barack Obama was vapid and that his hope-and-change message had no substance.

Neil was in town this week to pick up some house painting work and much needed cash to supplement his Veterans Administration benefits. He stopped by before beginning the long drive home and we retired to the back deck after dinner. It was the first really warm evening of spring in our mountain backwater.

The Dear Friend & Conscience lit some candles. Darkness was falling and the peepers were out in force around the pond below the ridgeline when Neil paused between sips of green tea and announced that he had a confession to make.

"I've changed my mind about Obama," he said in his rich stage baritone. (He had once done some theater.) "I’ve been listening to his speeches and reading up on him. I have to admit that I'm impressed."

"And . . . I’ve concluded that Hillary is untrustworthy and a liar."

Untrustworthy and a liar.

That has lost Neil, and God knows how many other people like him, is shocking but perhaps inevitable.

Shocking because the Democratic presidential nomination was Clinton's to lose. Perhaps inevitable because to my continued amazement she has made and cemented the case that she is indeed both untrustworthy and a lair, two oft-used descriptions of the man in the White House she had once hoped to succeed.

Posted by Shaun Mullen at 8:04 AM
Email ThisBlogThis!Share to TwitterShare to FacebookShare to Pinterest