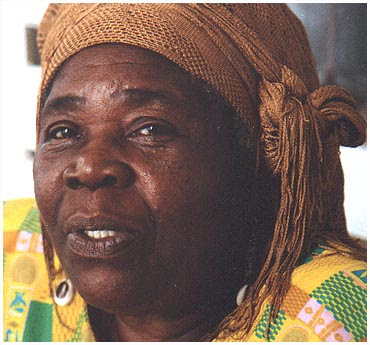 Cedella Booker, mother of international reggae icon Bob Marley, has died in her sleep in Miami.

I had the privilege of hanging out with this marvelous and vibrant woman several times when I was a guest in her Wilmington, Delaware, home and she a visitor at the farm where I lived. As matriarch of that city's small Jamaican community, she always had an open door and offered a helping hand.

"Mama Marley" or "Mama B, "as she was alternately known, was born in and later moved to Nine Miles, , where at age 18 she married Norval Sinclair Marley, a white Jamaican marine officer and ships captain with English roots. Their son Robert Nesta Marley was born in 1945.

Norval Marley died when Bob was 10. Mother and son then moved to in 1963 to Wilmington to live with her sister. There she met and married Edward Booker, who owned a local record store.

Bob returned to Jamaica in 1964, but his musical career foundered and in 1966 he returned to Wilmington with wife Rita, whom he had just married and later became a member of the I Threes, his back-up singers. He worked at a Chrysler Corporation auto manufacturing plant (the inspiration for his song "Night Shift"), but soon realized that his destiny was not toiling on an assembly line and he again returned to , where his career finally took off.

Mama Marley said of her son in a newspaper interview:

"I didn't know he was going to be a Reggae king, but I knew he was a king from birth. It was a great moment, you know. I remember it clearly. I will never forget it. No mother will forget the birth of any of their children. It is the best time of their lives."

She survived Bob, who succumbed to brain cancer in 1981, by 27 years and was mother to four children in all. She is survived by two, Pearl Livingston, half sister of reggae singer Bunny Wailer, and Richard Booker, promoter of the annual Bob Marley Concert in .

"She was a star in her own right. Her life was one of hardship, struggle and eventual fulfillment, and through it all, she exuded hope, strength and confidence."

I was living on a farm where we had dairy goats and a large vegetable garden. Folks from 's Jamaican community would stop out to buy goats milk and partake of the garden's bounty, including pig weed, which we considered a noxious pest but they relished and would serve as a side dish with goat's head soup, among other . . . um, delicacies.

Rita, who continued to live part time in , would come by with Mama Marley and three of their children (and Bob fathered a slew of them with several women).

Her brood at the time included daughter Cedella and sons Stevie and Ziggy, who would go on to became a reggae star and four-time Grammy winner. (Stevie, Cedella and sister Sharon have played with Ziggy.)

Our goats milk operation was modest and self service. Customers would take a gallon jug from a refrigerator in the milk house and leave the dollar or two that we charged in a cigar box.

It was rare that none of us were at home. This was, after all, a working farm, but one day that was the case. When we checked the cigar box that evening, there was a $20 bill among the ones and loose change, a note written in a barely legible scrawl:

"Thanx for the good milk. Love ya! Bob Marley"

The Associated Press and Jamaica Gleaner contributed to this report.
Posted by Shaun Mullen at 5:15 AM
Email ThisBlogThis!Share to TwitterShare to FacebookShare to Pinterest