Obama Closes the Gap In The Keystone State: An Interview With a Political Pro 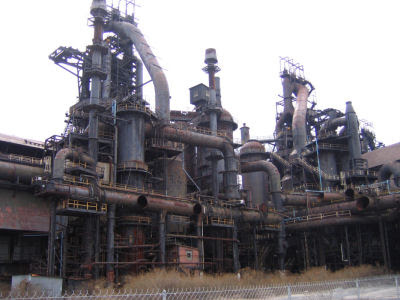 The latest Franklin & Marshall Poll shows Clinton clinging to a lead of 46 percent to 40 percent among likely registered Democratic voters, with 14 percent undecided. In March, Clinton led 51 percent to 35 percent.

The upshot is that turnout will loom large since the number of voters in the Philadelphia region outnumber those in the west.

Obama's late charge can be explained by how perceptions of the candidates have shifted since the March poll. Clinton's favorable ratings have dropped to 58 percent from 65 percent while Obama's favorables have risen from 47 percent to 53 percent, although it is unclear what effect his remarks about "bitter" small-town Pennsylvanians may have had on respondents.

And it is no small irony that while Obama has been criticized for being vague about where he stands, poll respondents said he is doing a better job than Clinton in explaining what his policies would be if he is elected.

Meanwhile, the economy was cited as the most important issue by 43 percent of voters, with the Iraq war at 23 percent and health care at 13 percent.

is incredibly diverse, ranging from those rust-belt towns to some of the most fertile farmland in the world to the Appalachian mountains to two metropolitan areas that could not be more different: to the west and to the east.

But taken as a whole, Pennsylvania is losing not just jobs (a whopping 200,000 since 2000) but its image as a vibrant state – no less than the Keystone State, in fact.

With the second largest population of elderly citizens in the U.S., blue-collar workers and middle-class wage earners are scrambling to adapt to post-industrial realities that have transformed the sixth most populous state from an industrial giant into a conglomeration of service and high-tech industries. The farm economy remains fairly healthy but is shrinking.

Although Bill Clinton, Al Gore and John Kerry carried in the last four elections, it is a classic swing state with control of the statehouse and legislature swinging from Democratic to Republican with regularity for decades.

would seem to be tailor made for Clinton with its large blue-collar, Catholic and elderly populations, and she once was the prohibitive favorite to win the primary and most of the state's trove of 187 delegates. But Obama's campaign caught fire and through a combination of his alluring hope-and-change mantra and a dizzying series of campaign miscalculations, controversies and gaffes, Obama has closed the gap in the F&M and most other Pennsylvania polls as he opens his lead over Clinton nationally.

The F&M Poll (formerly the Keystone Poll) is conducted by Dr. G. Terry Madonna, director of the Center for Politics & Public Affairs at and in .

Madonna and I worked together for many years when I was an editor at the Philadelphia Daily News, one of the F&M Poll's several media partners. He is just another talking head if you've seen him on CNN and in other media appearances, but there probably is no one more knowledgeable and well spoken when it comes to Pennsylvania politics.

Madonna took a few minutes out of his hectic schedule to tell Kiko's House readers about the latest F&M Poll and the state of the race.

MULLEN: Your last poll on March 21 showed that had a solid 16-point lead and in fact had doubled her lead since your February poll. What happened?

MADONNA: There was a 10-point swing. went down 5 and Obama went up 5. His commercials have flooded the airways. He had a very successful six-day tour. He better honed his message and has been better at being policy specific. Voters have gotten to know him a little better. He has run a very vigorous campaign. Bosniagate hurt her as does the fact that people are saying she can't win and should get out of the race.

MULLEN: Does the impact of Bittergate show up in the poll?

MADONNA: Not yet. I originally thought it would make a big difference, but our poll and the Quinnipeac were both in the field and may not have picked it up. My own belief is that the controversy may merely be confirming her support among the voters that he allegedly offended.

MULLEN: The candidates have had six weeks to sell their message to Democrats. The numbers show that Obama may be doing a better job. Why?

MADONNA: Voters tell us that Obama's commercials are more effective. He's gotten more favorable publicity. There's been an Obama surge underway, the question is whether 's stopped the hemorrhaging. He also has gotten a lot more policy specific about the issues, including how to help people with job training and education. Voters know a lot more about what he stands for.

MULLEN: s people will try to spin even a narrow victory as a huge win. What margin would you consider to indeed be huge for her?

MADONNA: If wins by 9, 10, 11 or 12 points it's decisive. She has momentum and can say that he can't win the big states. If she wins by 2 or 3 points Obama wins because he can make the arguement that he won a state that she should have won. If loses it's over and the super D's (superdelegates) will flock to him.

MULLEN: is a swing state but has voted for the Democrat in the last four elections. Do you see this trend continuing in November?

MADONNA: I think will still be close. McCain will run well because this is a light blue state. McCain can make it interesting. He polls evenly right now, by the way. He'll make it competitive.

MULLEN: What happened to all of those so-called Reagan Democrats?

MADONNA: They're still out there but what's going on is that they're in places where there are population losses and the population has grown so much in the southeast and east where they don't live.

MULLEN: Have you ever seen a national campaign with so many twists and turns?

MADONNA: Never. It's truly amazing. What we have going on is the longest presidential election in history. It has defied everyone's assumptions. Rudy is the putative front runner. Hillary is the inevitable nominee. Obama who? You can't win the nomination without money. McCain did. The Reverend Wright controversy would knock any other candidate out of the race. And now Bittergate. They would knock any mere human out.

MULLEN: How important is tonight's debate?

MADONNA: Actually, it's pretty important. Debates normally don't matter that much because they just reconfirm people's views. But every word of this debate will be analyzed to death. The danger is a mistake of some note that dominates the press for a few days. is in the horns of a dilemma. She can be presidential and be boring or go after Obama and risk being viewed as carnivorous. Each contains a certain amount of risk, but being presidential is less dangerous.

Posted by Shaun Mullen at 9:11 AM
Email ThisBlogThis!Share to TwitterShare to FacebookShare to Pinterest

I think that Obama is right now poised to make this either so closes Hilary can not claim a decisive victory or steal it from her and probably end her campaign. But we have to be careful she is the Candidate that Would not Die. Even in the best case scenario where he wins PA she can end up moving the goal post again so that she can take advantage of support in KY and WV.