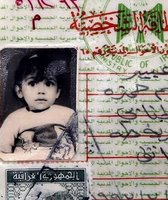 One of four U.S. soldiers accused of raping an Iraqi girl last spring and killing her and her family pleaded guilty Wednesday and will testify against the others.

The killings March 12 in Mahmoudiya, a village about 20 miles south of Baghdad, were among the worst in a series of attacks on civilians and other abuses by military personnel in Iraq.

Green was discharged from the Army for a "personality disorder" before the allegations became known, and prosecutors have yet to say if they will pursue the death penalty against him.