The Enduring Hypocrisy of The War on Drugs 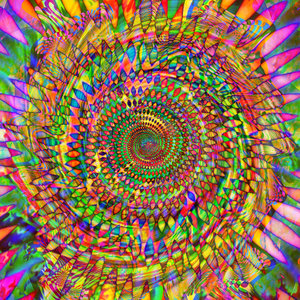 By any objective measure, the so-called War on Drugs has been a failure.

The term was first used by President Nixon in 1971, but the war itself didn't get underway in earnest until the Reagan administration with agreements with drug-supplying countries to curb the import of marijuana, cocaine and heroin into the U.S.

A quarter of a century later, the War on Drugs has failed to stem the flow of illegal drugs, the street prices of which are at record lows, while filling American prisons with hundreds of thousands of men and women whose only crime was to get caught with a joint or bag of marijuana.

This is not to say that dealers whose wares have addicted the dumb and defenseless shouldn't have been apprehended and incarcerated, but the number of people whose lives have been ruined because of so-called victimless crimes and are innocent by almost any measure is staggering.

The underlying hypocrisy of the War on Drugs is hard to miss -- unless you think like most politicians, cops and social conservatives.

Yet the Justice Department, with the support of a Food and Drug Administration that in true Bush Era fashion has allowed politics to trump science, threatens to bust the 65-year-old man who smokes a joint to relieve the nausea and pain of chemotherapy. I know. My father was one of those people.

ILLUSION vs. REALITY
This bring me to the main purpose of this post -- the growing evidence that psychedelics do a whole lot more than make people high and can be beneficial in the treatment of some of the most intractible medical conditions.

Dr. John Halpern is a leader in this promising field of research. As associate director of substance abuse research at Harvard University's McLean Hospital, he is running tests with LSD as a treatment for super migraines known as cluster headaches and is treating late-stage cancer patients with MDMA. That psychedelic is better known as ecstasy, a drug as misunderstood today as LSD was in the 1960s.

Halpern's biggest challenge is not funding, and to give credit where it's due, the FDA is helping underwrite his MDMA research.

The problem is overcoming the social stigma of using drugs unfairly branded as dangerous that do far more good than harm.

To hear a radio interview with Halpern, click here.
Posted by Shaun Mullen at 1:43 AM
Email ThisBlogThis!Share to TwitterShare to FacebookShare to Pinterest