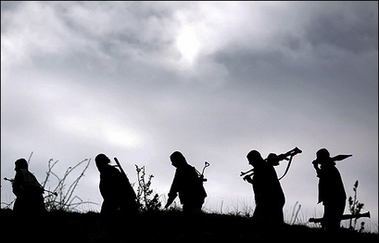 Is there a correlation between troop levels in Iraq and the level of violence?

Trying to answer this question is especially important because of the corner that The Decider has painted himself into. He says he wants to hang tough but knows that sending more troops into the Mess in Mesopotamia would be an extremely unpopular move given the thumping that his war took in a national referendum otherwise known as the mid-term election.

Using numbers to make a point is a tricky business, especially when you are predisposed to a certain point of view. Witness the firestorm over the study published last month in The Lancet claiming that there have been 655,000 civilian deaths since the war began.

Nevertheless, it is the view of William Stuntz, a Harvard Law Scool prof, that more troops mean less violence. Given that conclusion, it should come as no surprise that he is hawkish on the war.

Writing in the Weekly Standard, Stuntz states that:

I will admit up front that I have trouble balancing my check book, but Stuntz's conclusion fails in several fundamental respects:

Iraq is a big place. It has a population of 26 million and an extraordinary smogasbord of enemy combatants -- insurgents, sectarian guerrillas, sectarian militias that have turned on their fellow countrymen, national Army units that refuse to fight certain foes, and corrupt national and local police who are in the pay of enemy combatants.

Defense Secretary Rumsfeld's generals asked for three times the 145,000 troops that he gave them for the invasion and occupation. Swings in troop levels of between 18,000 and 23,000, as cited in Stuntz's example, are small beer -- which is to say of little consequence. Additionally, Stuntz has cherry picked two three-month time periods in a war that is well into its fourth year.

Stuntz's cause-and-effect correlation also assumes that the playing field is level. It is anything but in this war, which has its own unpredictable rhythms. One day a provincial capital is a model of tranquility, the next it is a battlefield and the day after in the control of insurgents or a milita.

Finally, deploying more troops not only does not guarantee less violence, as was obvious in the two disastrous Baghdad security sweeps over the summer. Nor does it does not guarantee success. The template for this truism can be summed up in one little word:

(Photograph by David Furst/Agence France-Presse)
Posted by Shaun Mullen at 6:16 AM
Email ThisBlogThis!Share to TwitterShare to FacebookShare to Pinterest