Time Loves A Hero, But Bush Ain't One 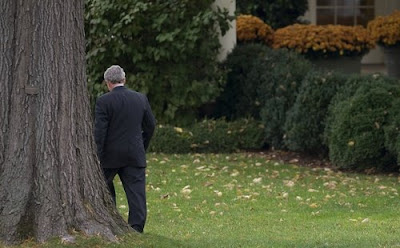 (Portions of this post originally published December 14, 2008)
I happened to be in the hall when Bush accepted the nomination that steamy August night in Philadelphia and was horrified not just by the vacuity of his words but the knowledge that up on the podium was a resume without a man into which every neoconservative and other Republican with a burr in their saddle would pour their pet animosities, causes and policies.

Following are excerpts from the speech in italics and what has transpired:Mr. Chairman, delegates, and my fellow citizens . . . I accept your nomination. Thank you for this honor. Together, we will renew America's purpose.